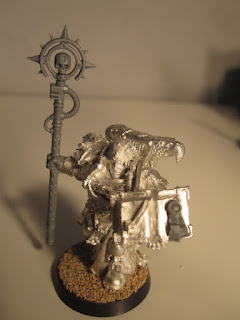 Posted by jugger at 2:39 PM No comments:

So with the purchase of our new house, I finally got a garage to build a gaming table in! I haven't had a table for the last few years so my gaming time had dropped off. Now I am happy to report I am playing more and have more inspiration to finish my armies!

I had some old Cityfight terrain laying around and quickly put together some buildings for the table. 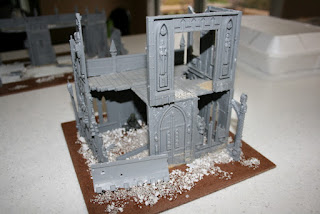 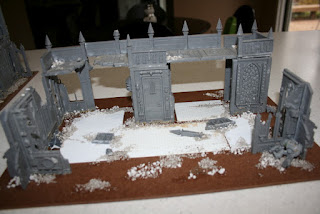 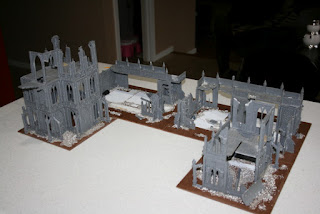 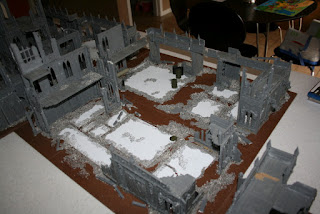 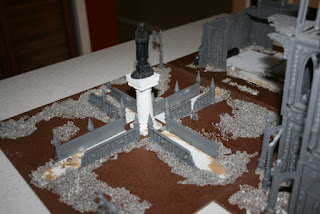 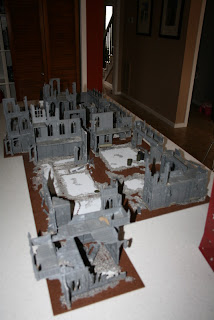 Posted by jugger at 2:36 PM No comments:

I love the fluff behind juggernauts. As you can tell, I took the name of this blog (plus most of my internets handles) from the name given to them back in older editions of the game. The thought of a cross between a pitbull, great white, and a daemonic engine is just too cool. I usually try to have some of these in all my Chaos armies, be they Fantasy or 40k. Khorne FTW!

I built this guy for one of my older World Eaters armies, but he's been on the shelf for a while (HATE the current codex). With rumors that they'll be making a comeback with the new Chaos codex being possibly released this year, and as whole units possibly, I just had to dust him off to prepare for glory! 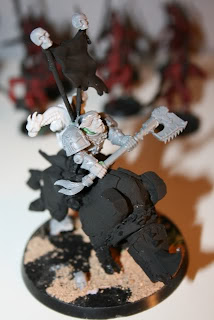 Posted by jugger at 2:07 PM No comments:

"Two days ago, I saw a vehicle that would haul that tanker. You want to get out of here? You talk to me."

So after watching The Road Warrior for like the gazillion time, I decided I wanted to make a tanker Battlewagon for my Ork army. I had all sorts of conversion ideas and started doing some research online for it. That's when I found out it had already been done (and done quite well I might add). They had the cab perfect, plus the tanker was decked out with all the barbed wire, fighting emplacements, etc. Sooooo, I decided to go ahead with the project, but cut back on some of the movie elements. 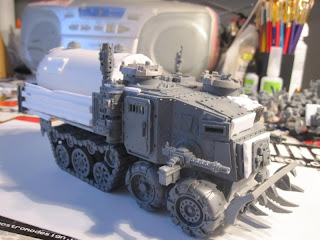 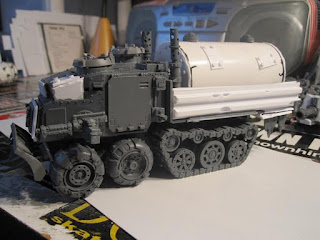 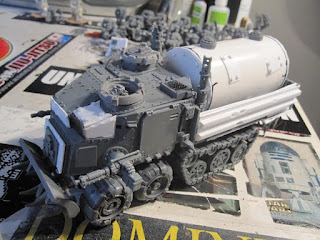 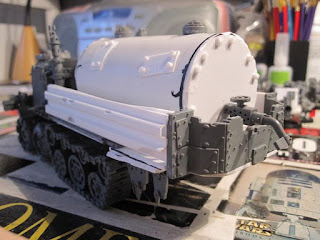