Painboyz are very popular right now. Feel No Pain added to already tough units like Mega Nobz or Bikerz can make for some really tough troops.

I made this one from a Nob body, an Ogre cleaver, and I think the drill comes from something on the Stompa kit. The face mask and apron will be painted white and smeared with a lot of gore! 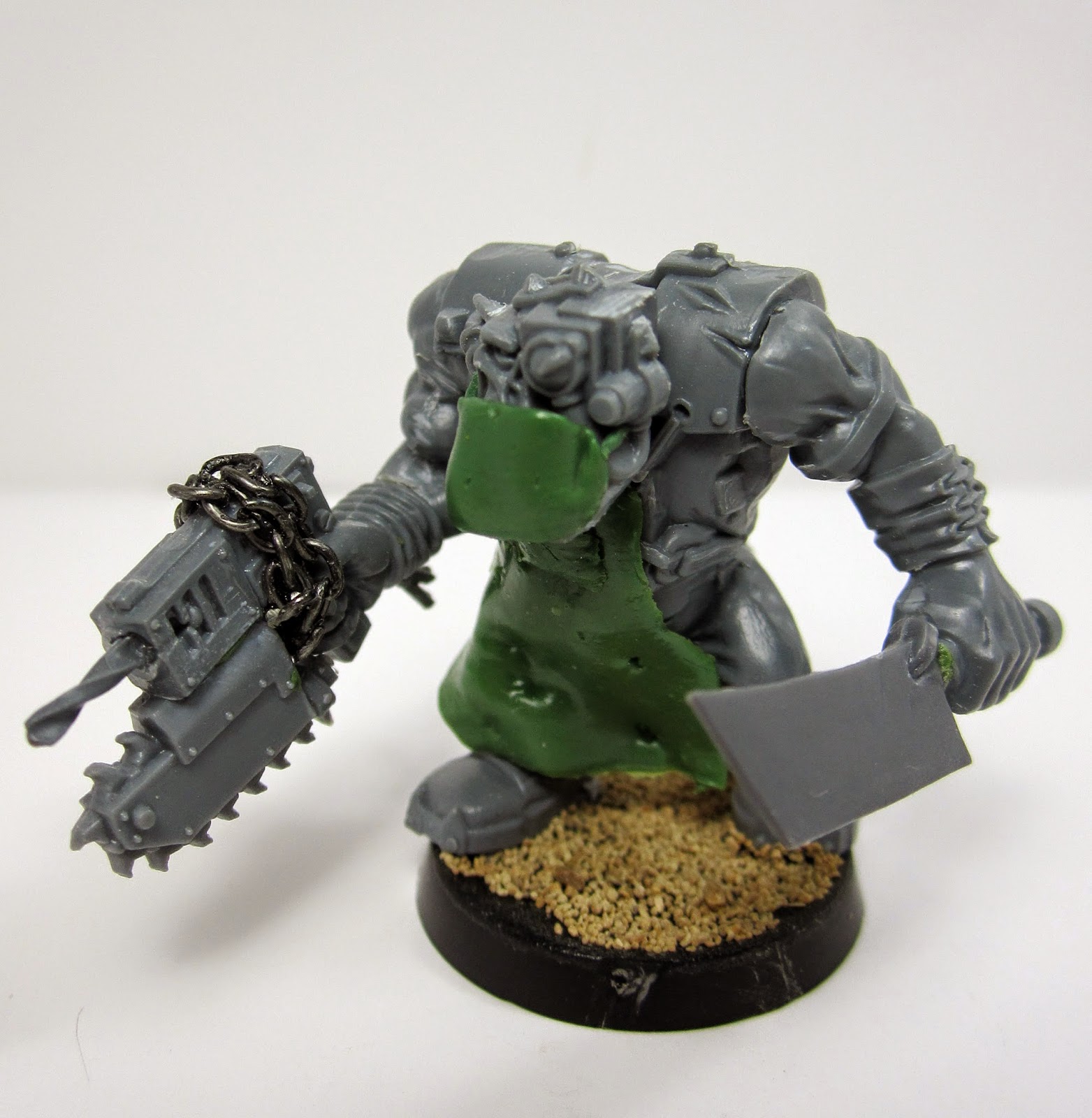 A brutal game vs. Tau yesterday. Just absolutely mauled by shooting. Some thoughts.

1. Mega Armored Nobz are pretty awesome.
2. Lucky Stikk is worth its weight in teef.
3. Tau shooting can be absolutely ridiculous.
4. Fourth game in a row that my Lootas let me down.
5. I think the Gorkanaut may be pure garbage.

Back to the drawing board! 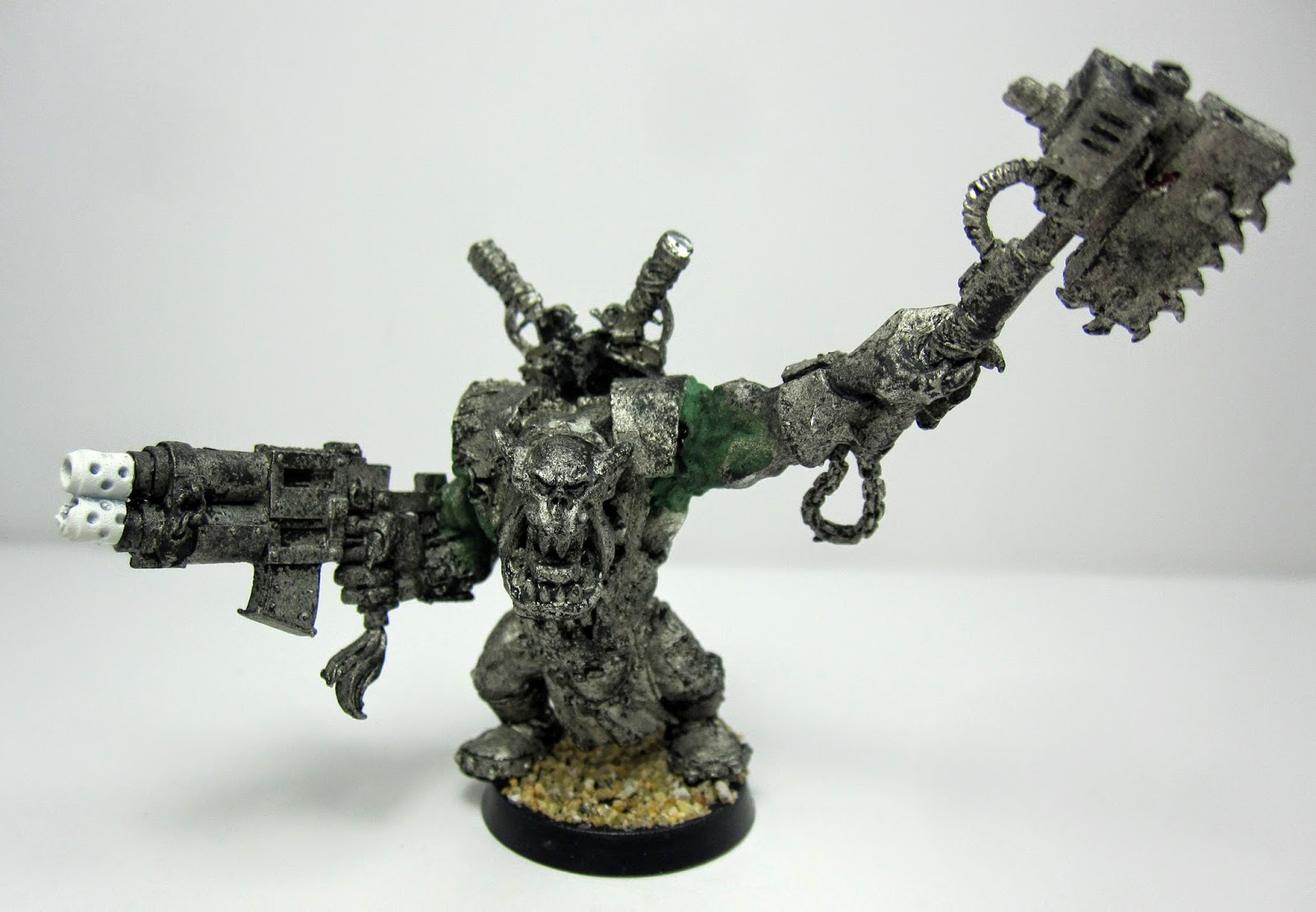 I made a few more of these Tankbustas the other day so I could load up a Trukk with some and go tear-assing towards enemy armor next game. I didn't use them really well last time, having them on foot vs. Tau really doesn't work well. I'm always gonna have them in a vehicle from now on. I did have a chance to get the few remaining ones into combat with a Riptide, but I had cheaped out and didn't add any Tankhammers. I forgot about their tankbusta bombs too. Siiiigh.

Next up is to clean these up a little and build a propa Nob for the unit. 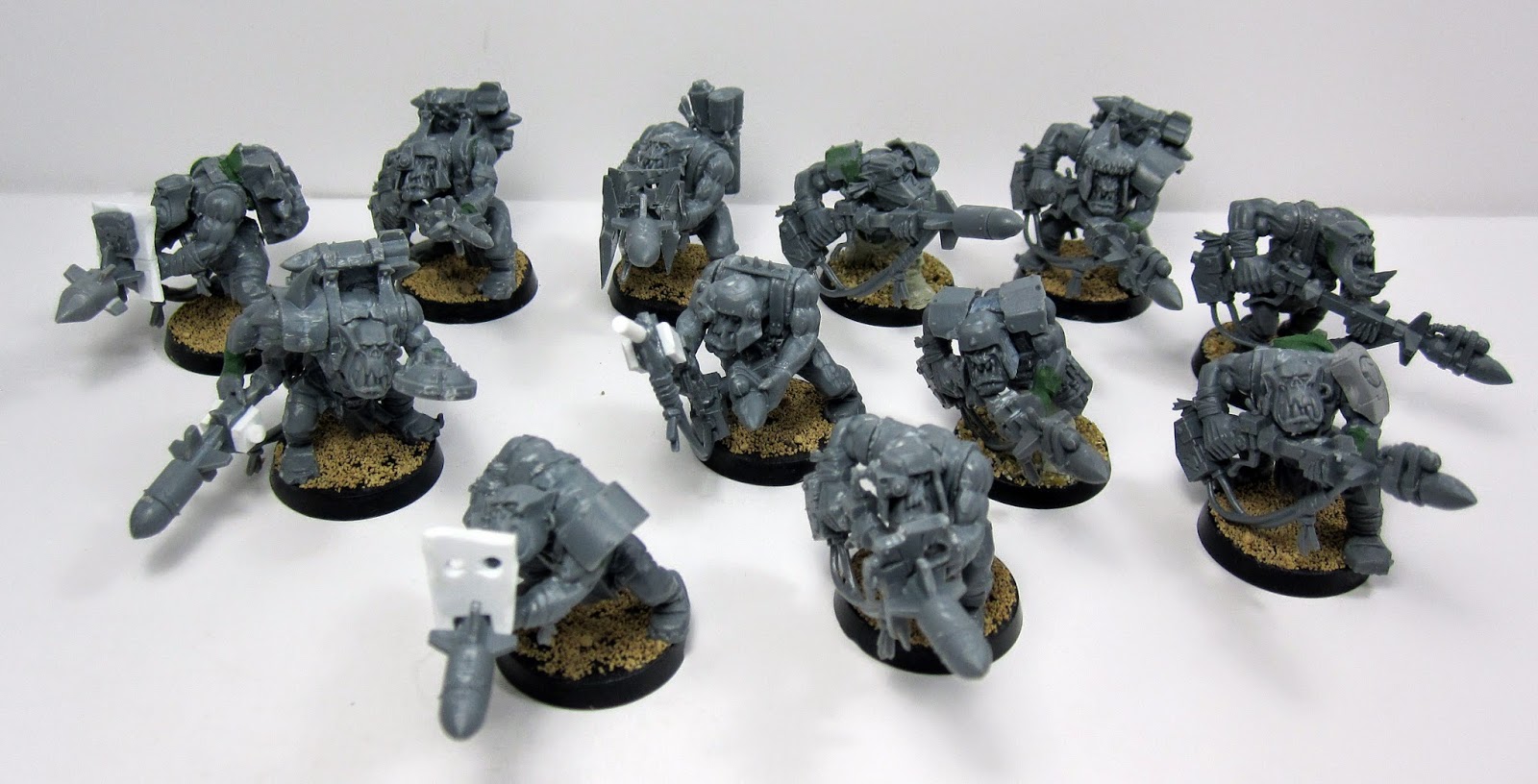 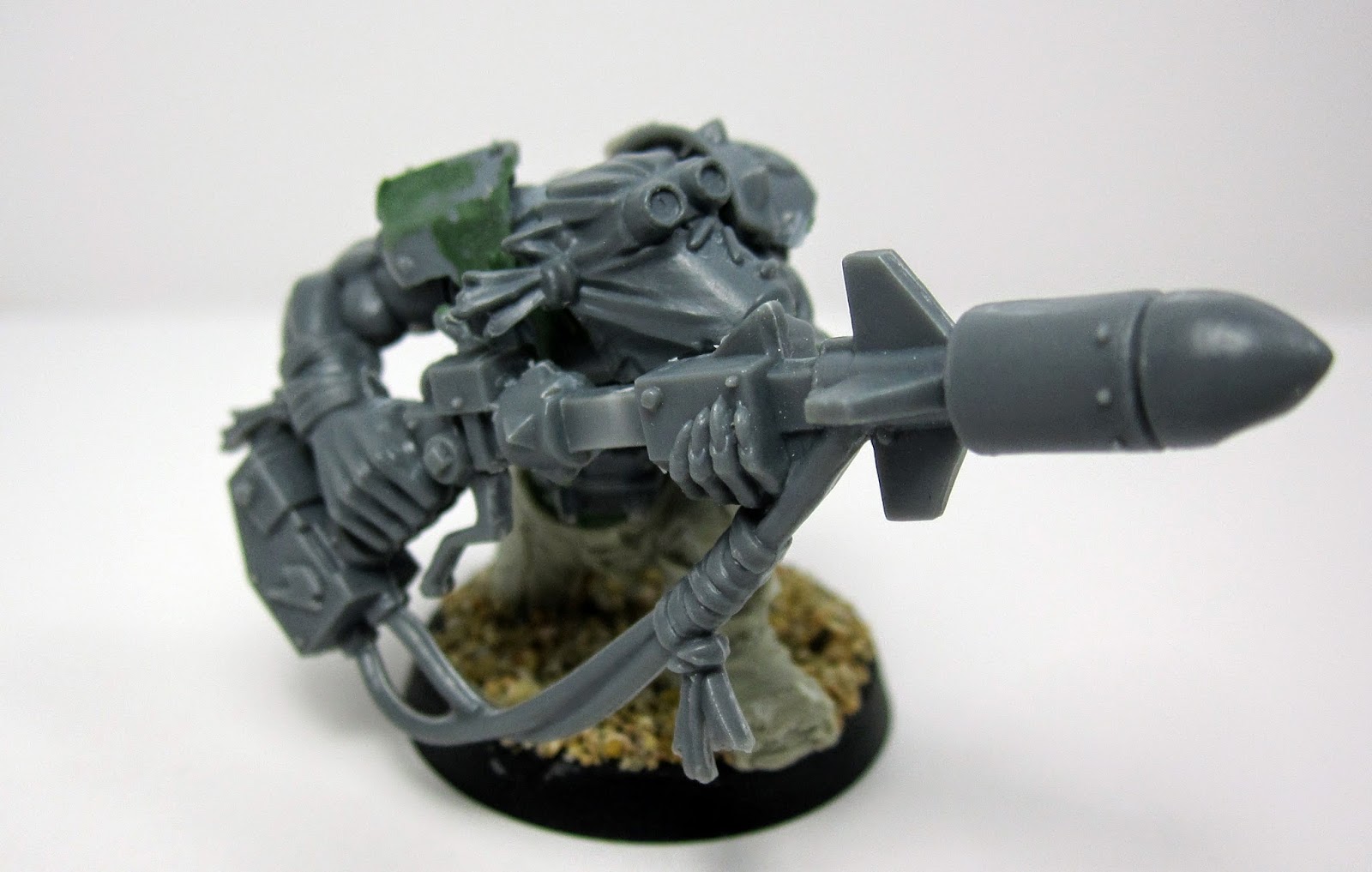 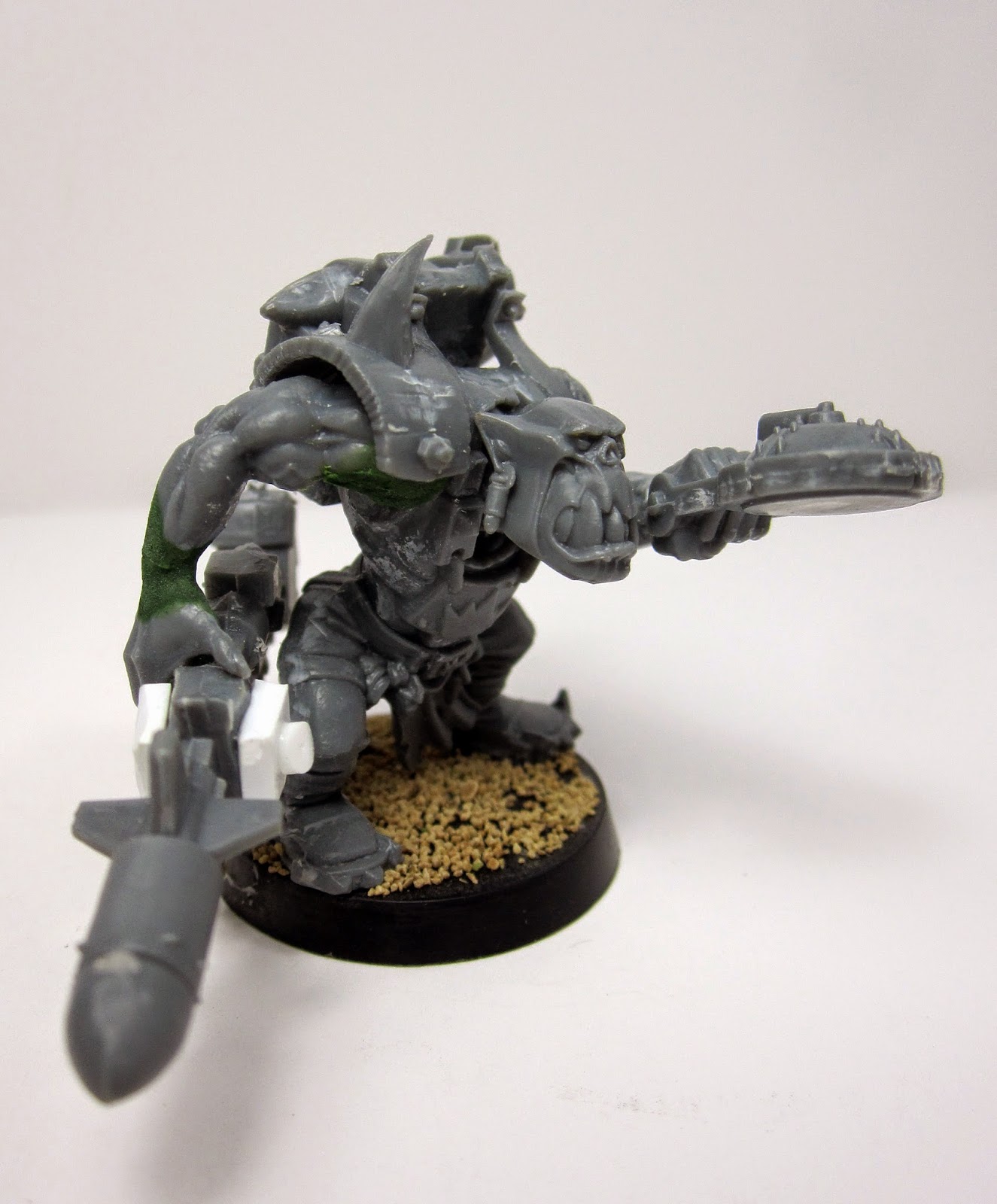 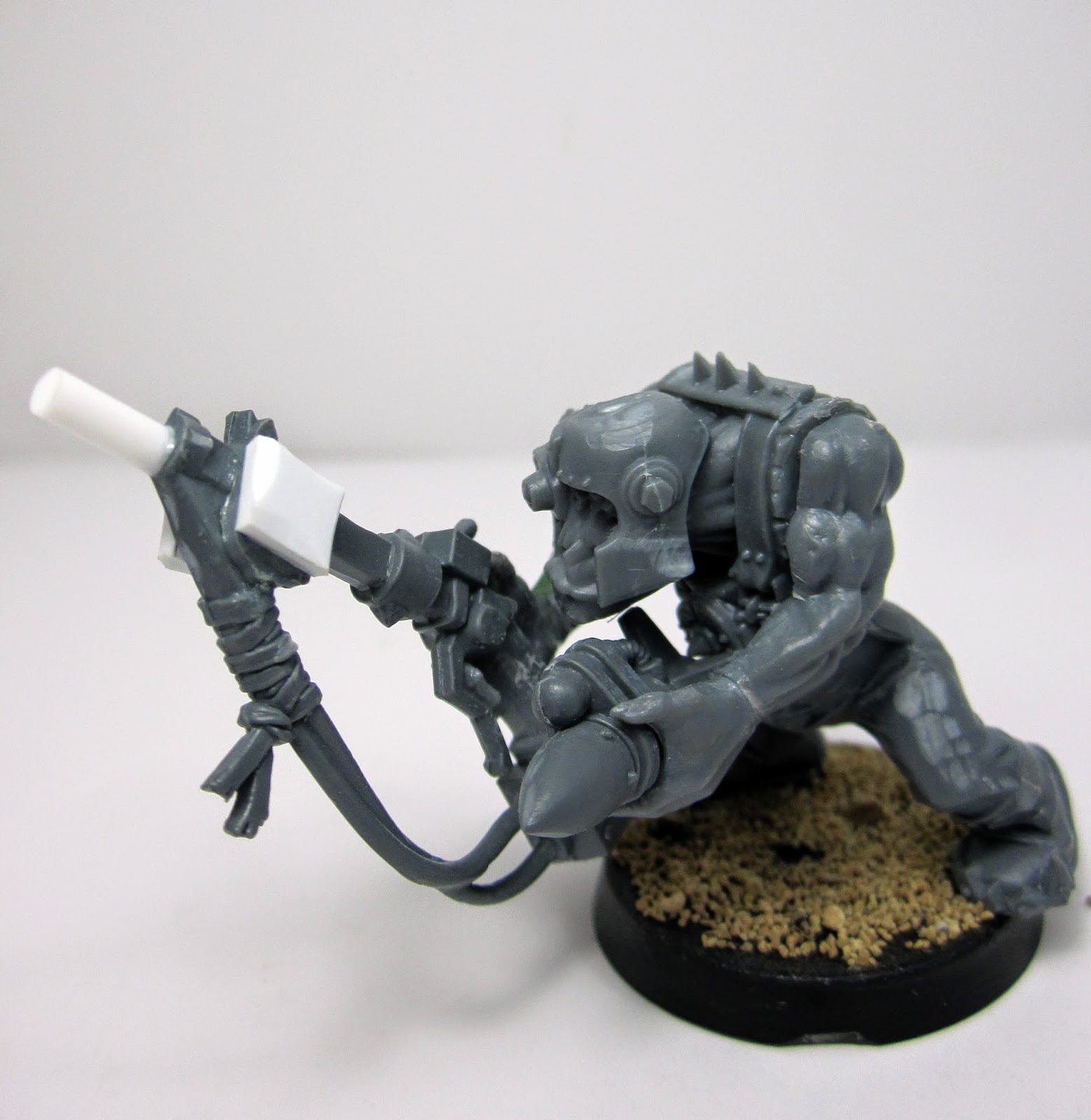 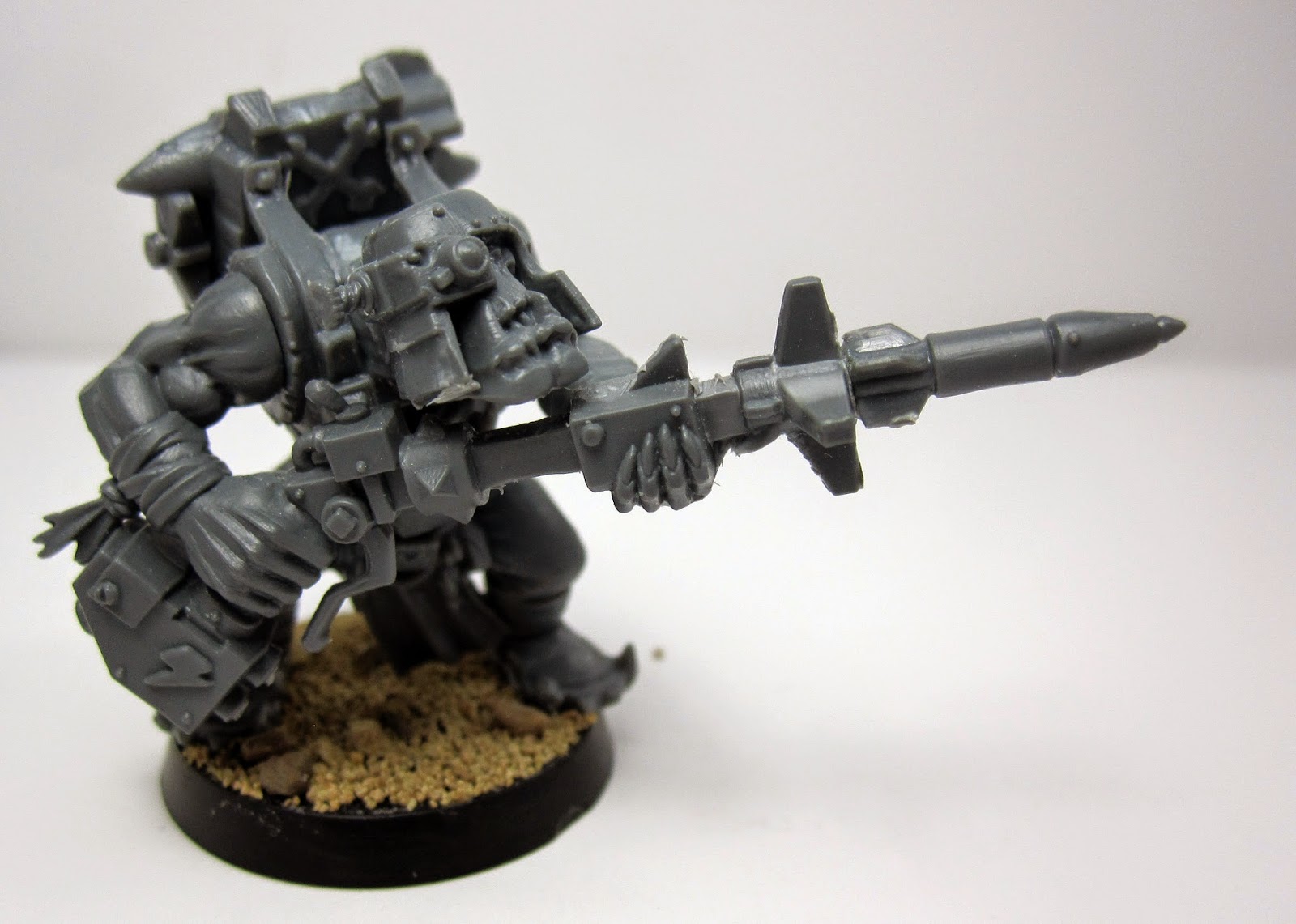 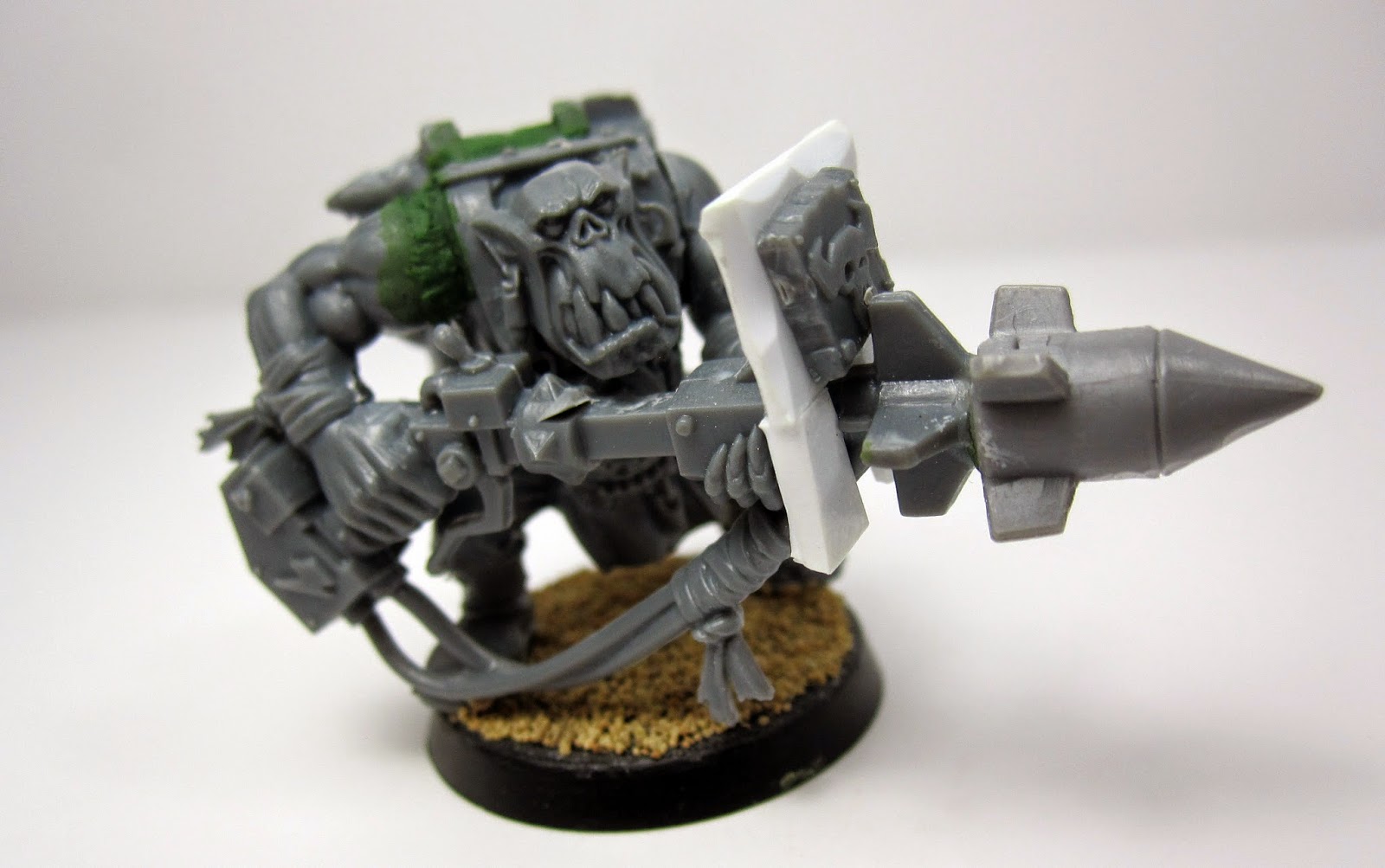 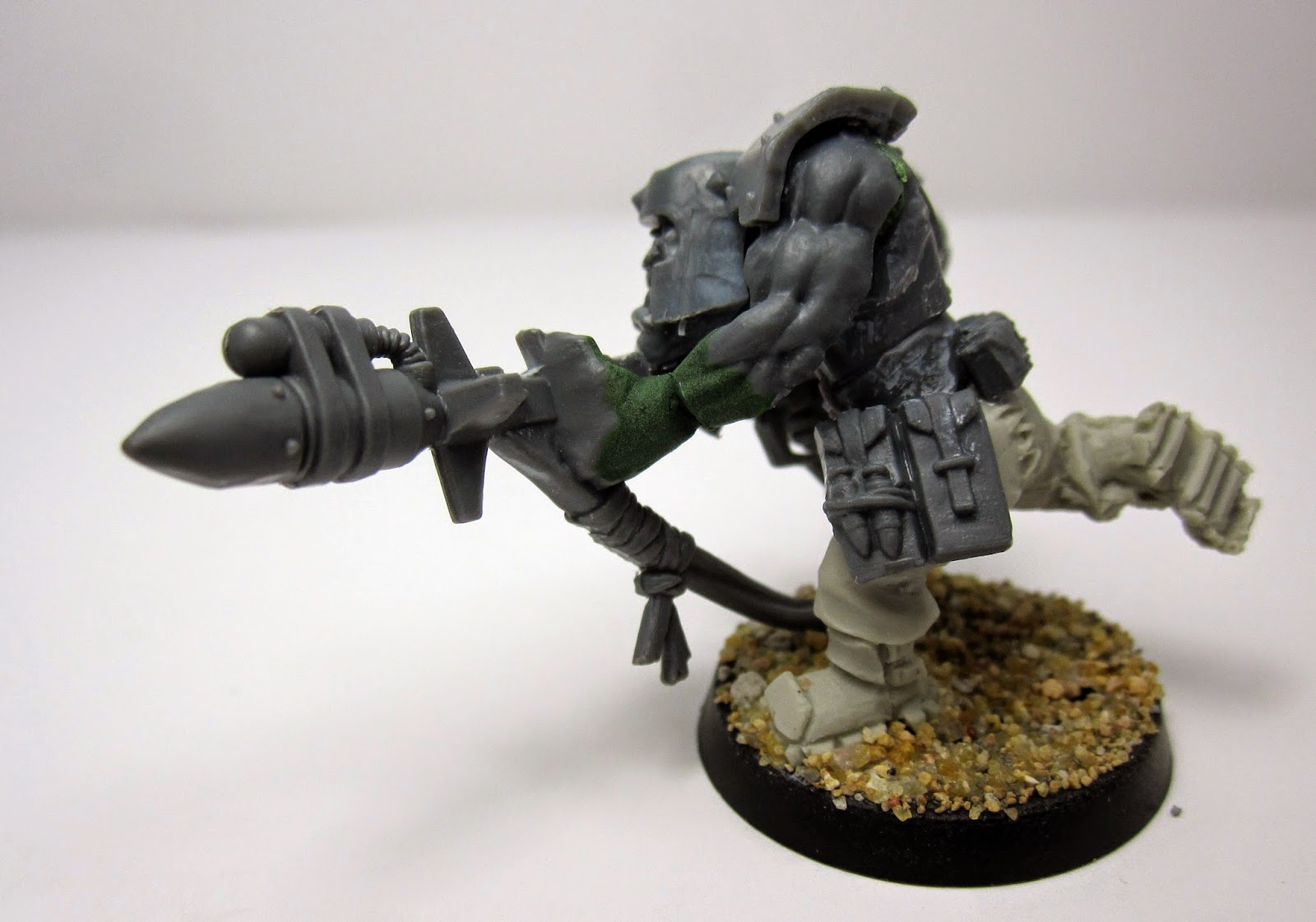 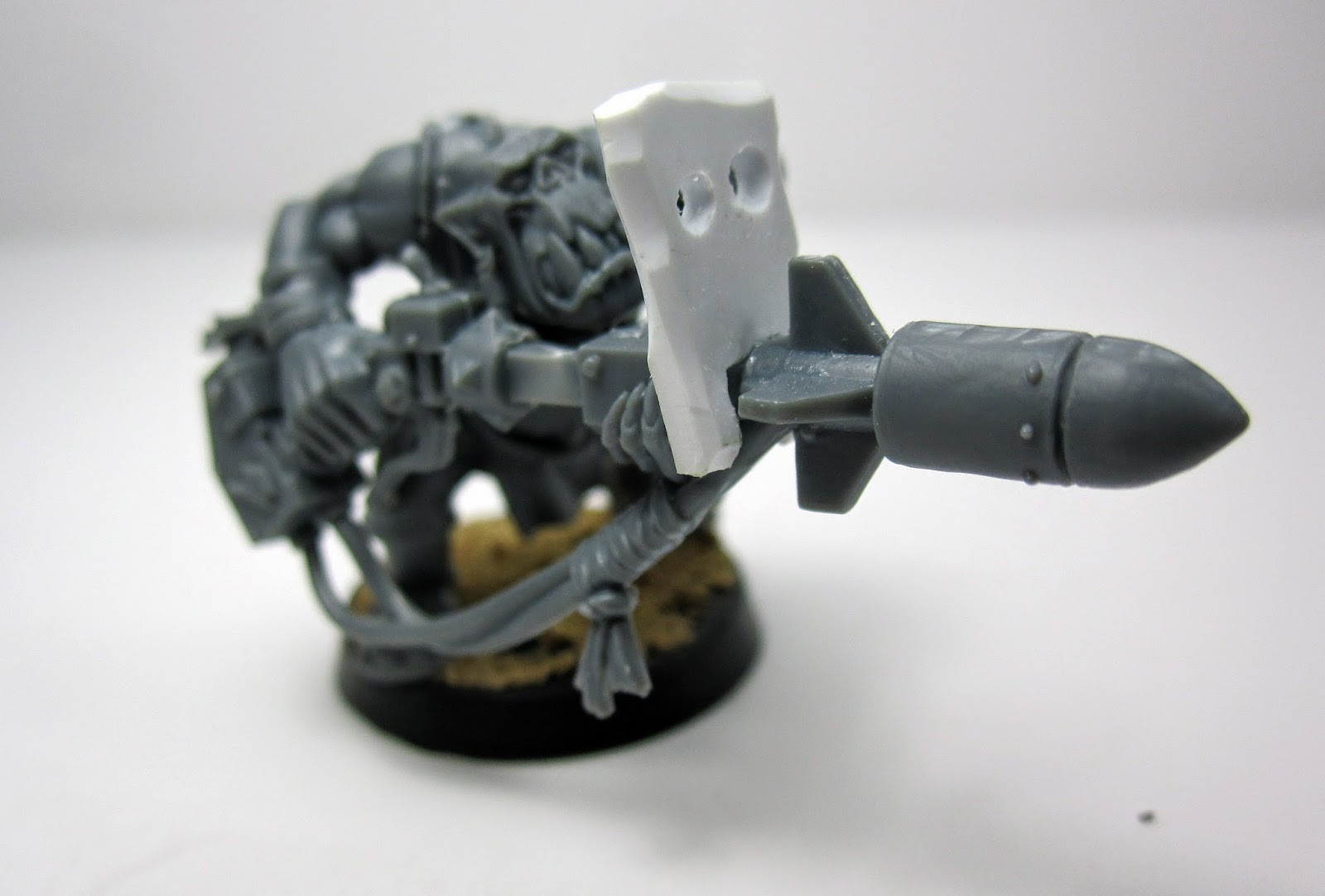 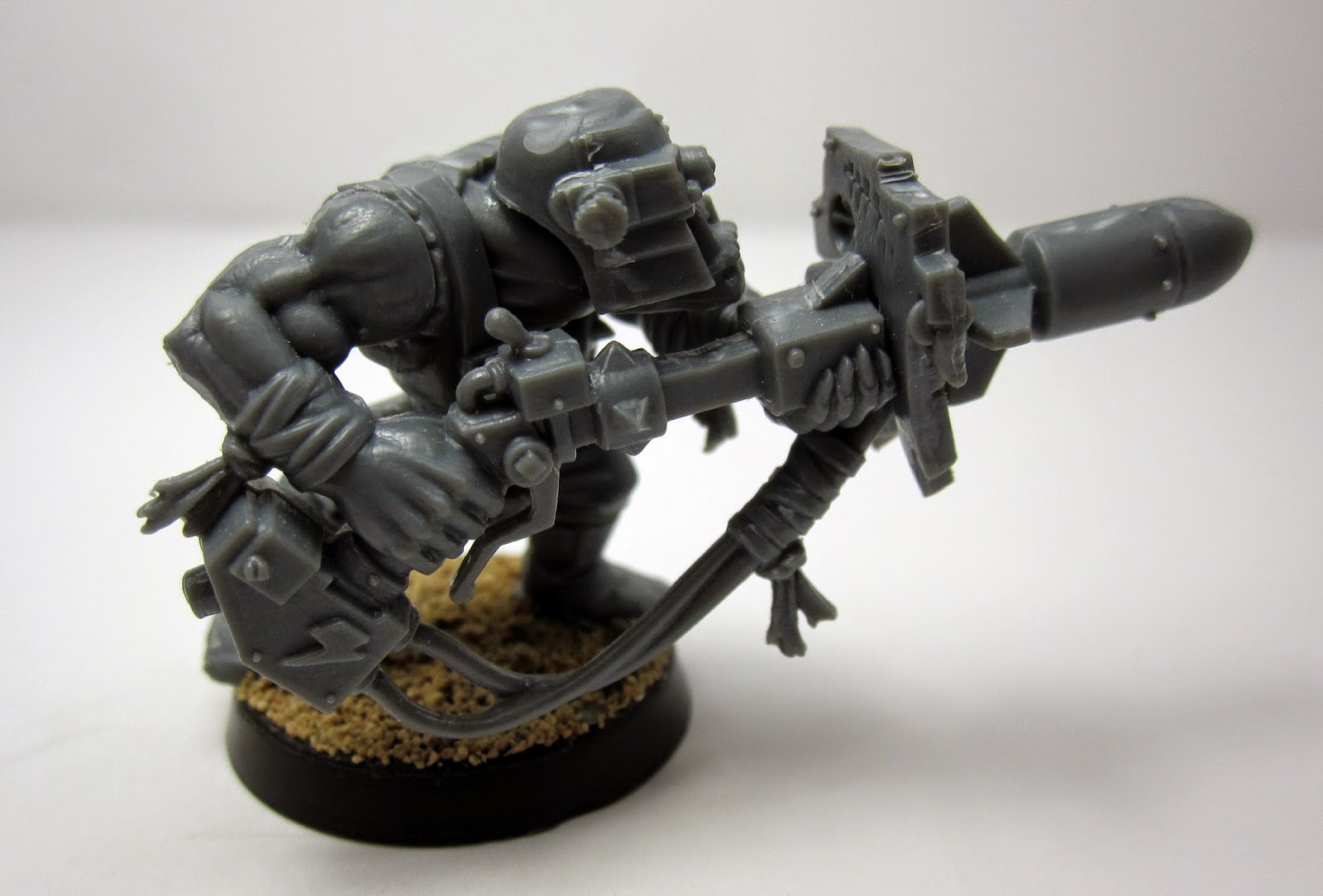 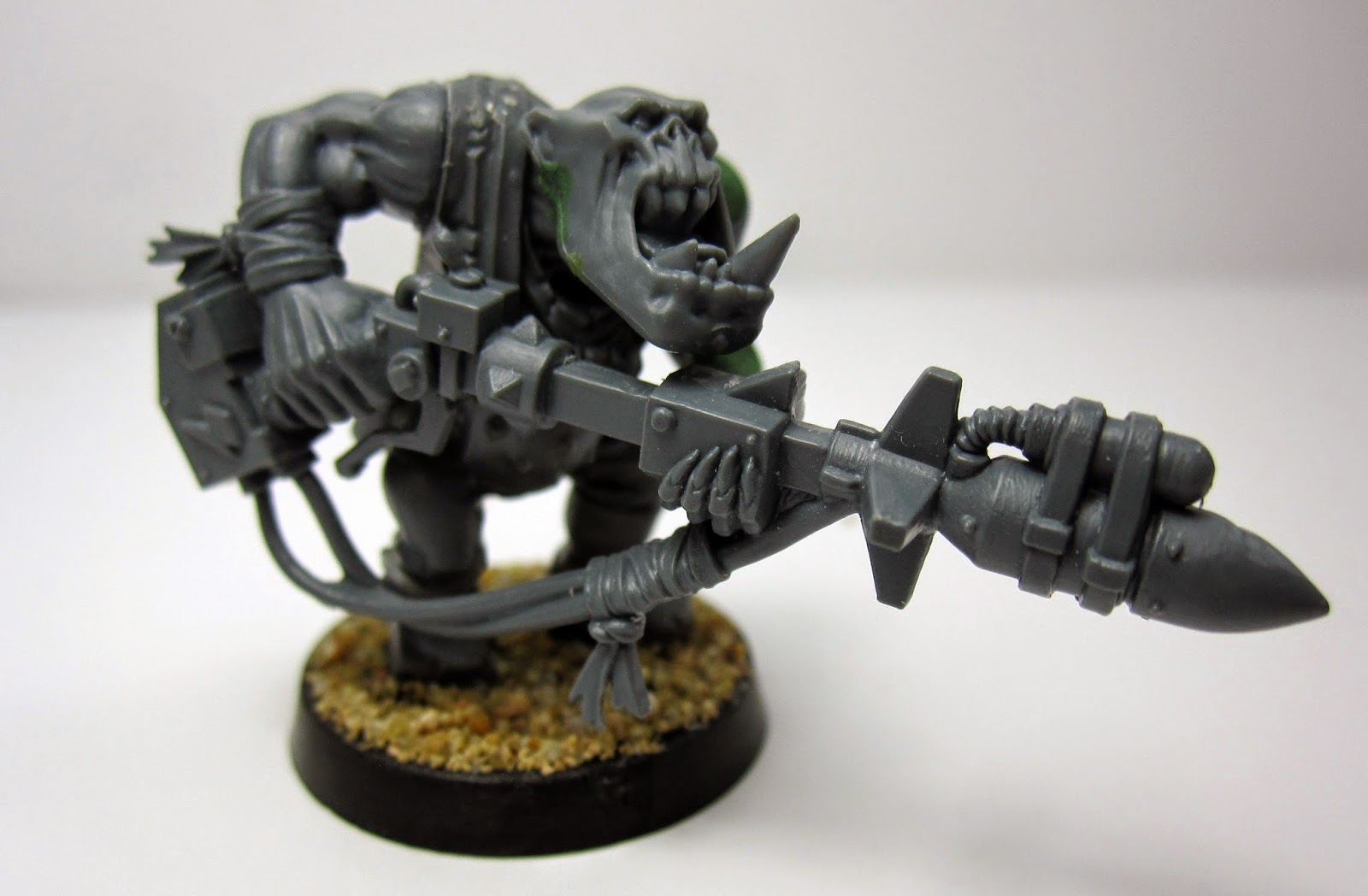 Posted by jugger at 8:42 PM No comments:

Ever work on something and really dig it and then a few days later you look at it again and it just doesn't do it for you anymore? Yea, happens to me all the time. It hit me like a charge from Ghazgkull with that last batch of Mega Armored Nobz. The different size heads and some of the arms just wasn't doing it for me, so...back to the drawing board.


The different sized heads were driving me nuts, so I went searching on the Kromlech site for some ideas. They make some of the best second market Ork bitz out there, and it wasn't long before I found what I needed. A couple of packets later and I was back in business.

The Clanking Destroyer Heads and Mechanical Arms work great on these older Mega Armored models. The heads look like something out of that Robots animated film, which is cute and all, even if these guys are made to cut things to bloody shreds!

The unit in it's full glory! 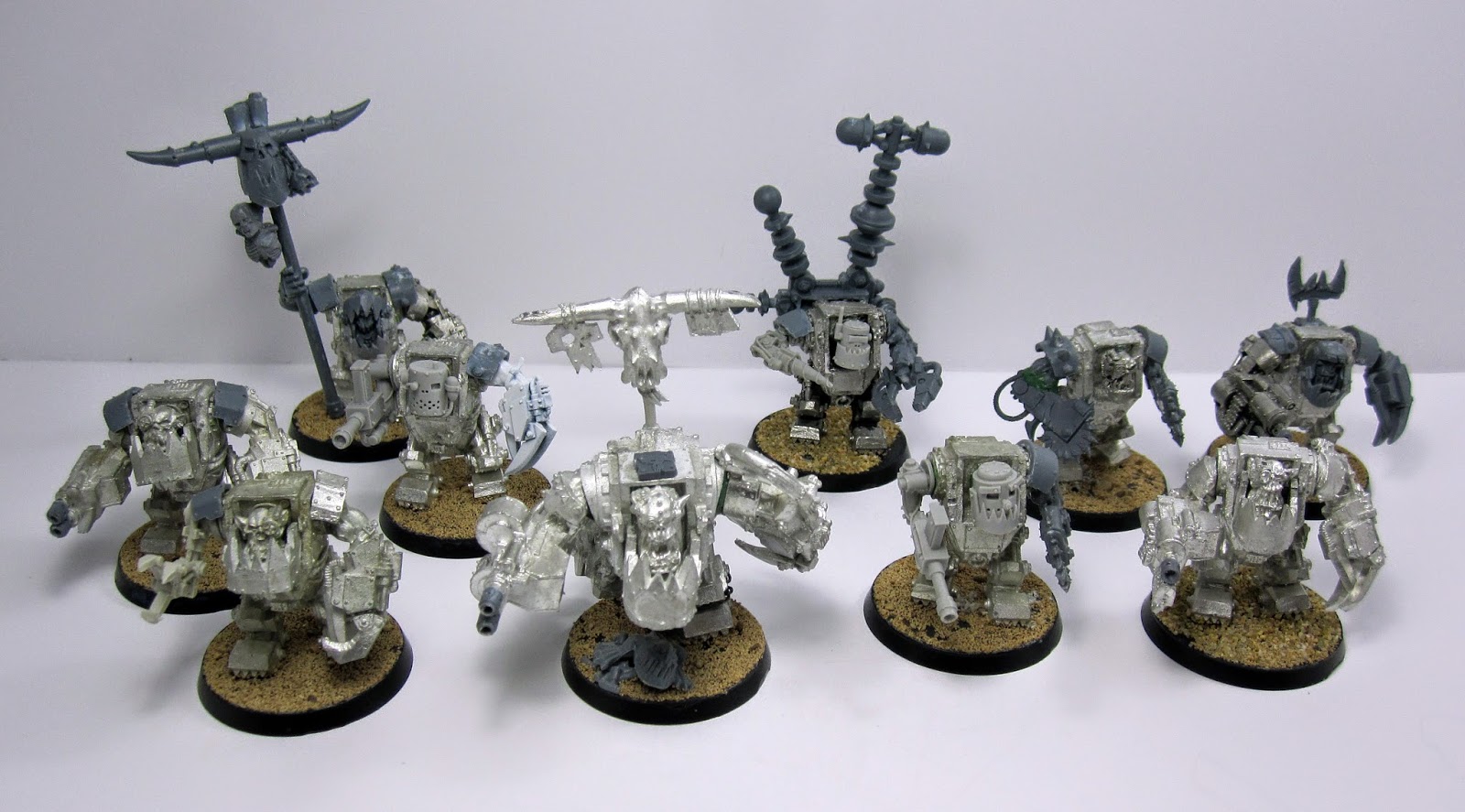 I switched out the head and arms of the Big Mek. The claw is from pieces of the Ironclad Dreadnought and the drill from Kromlech. I think he looks much more "tech" now. 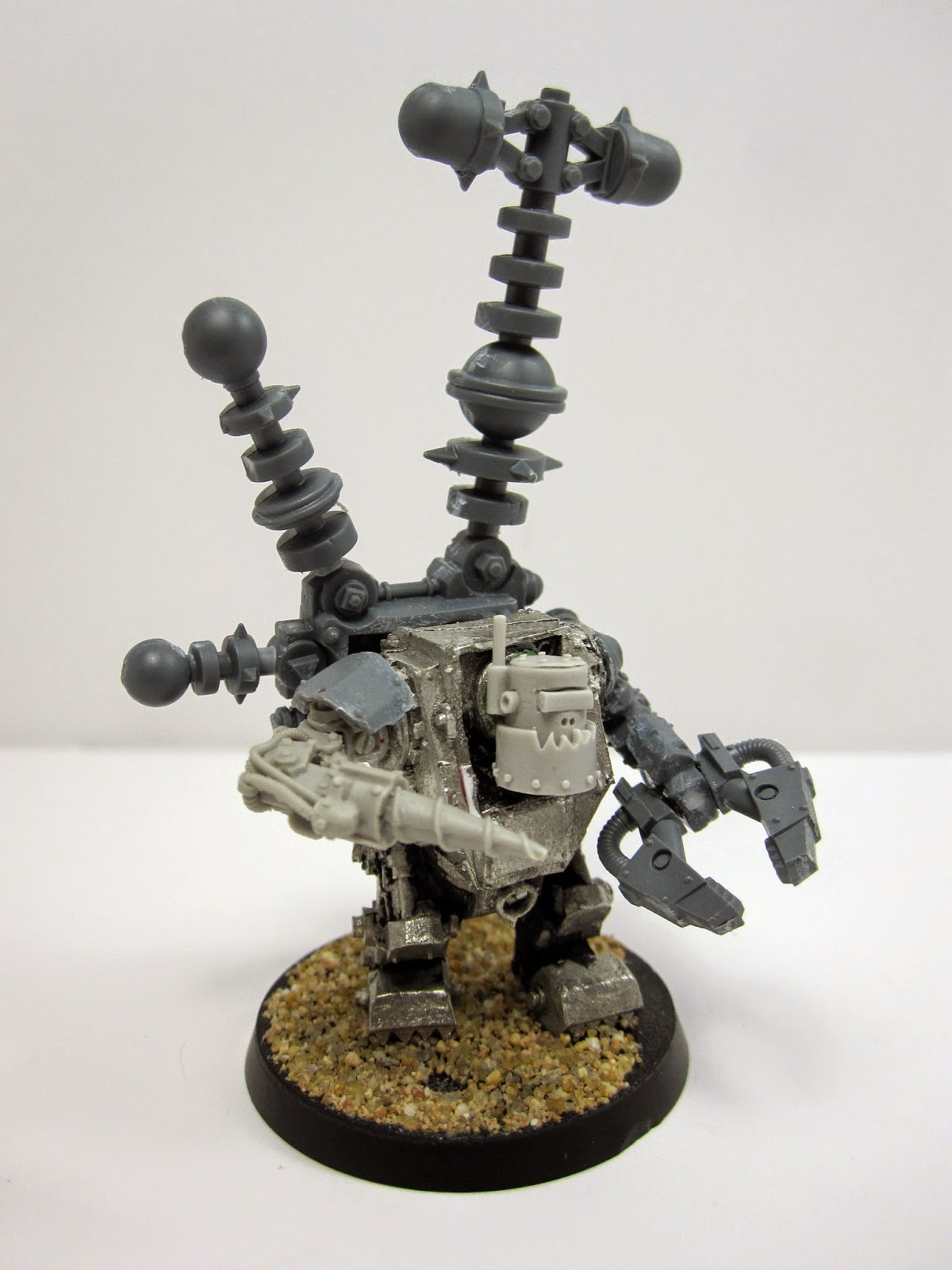 A pair of killsaws for this Nob. 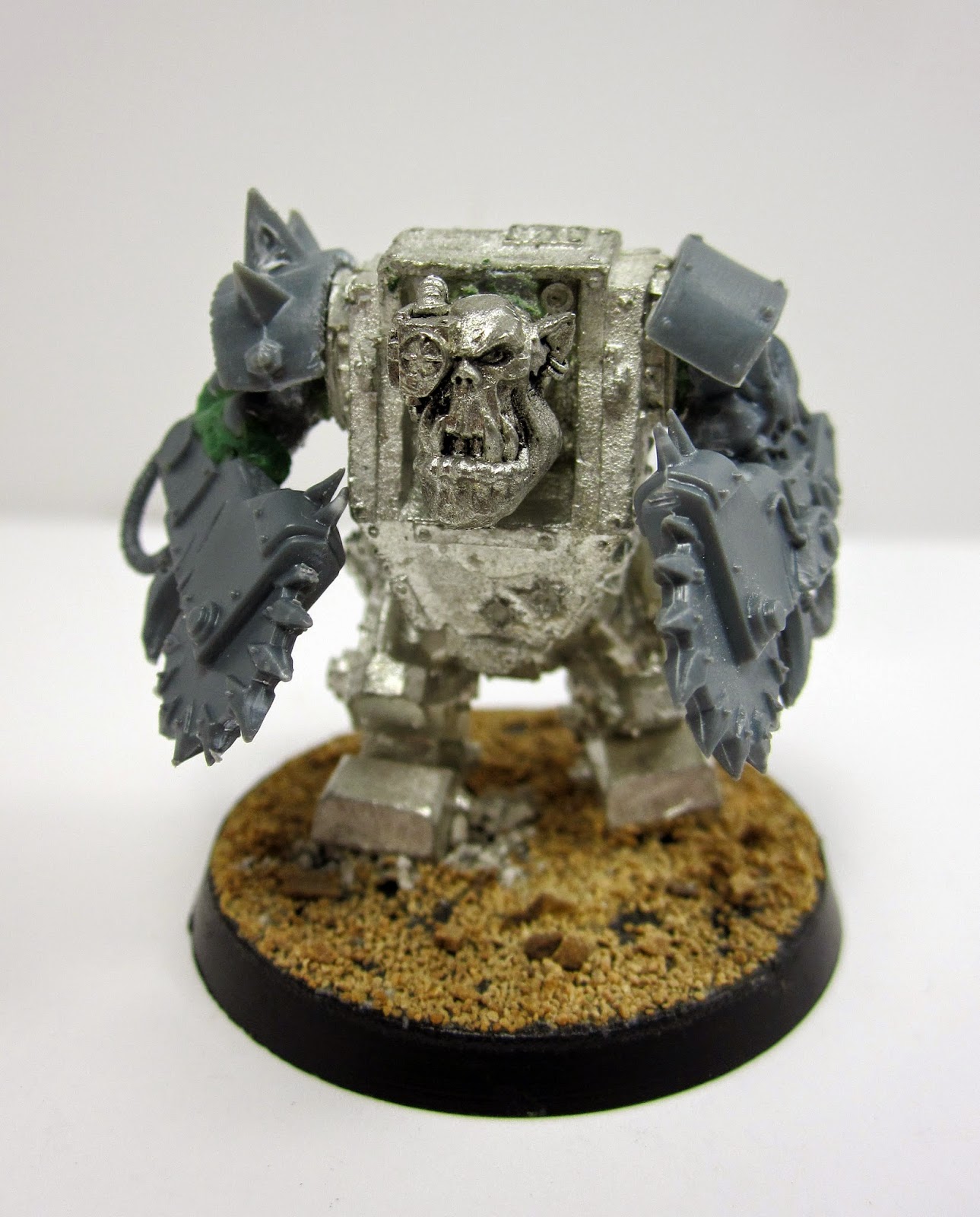 The Kromlech bitz work in scale pretty dang good with these. I think they're a fun balance between cartoon and Ork brutality and efficiency! 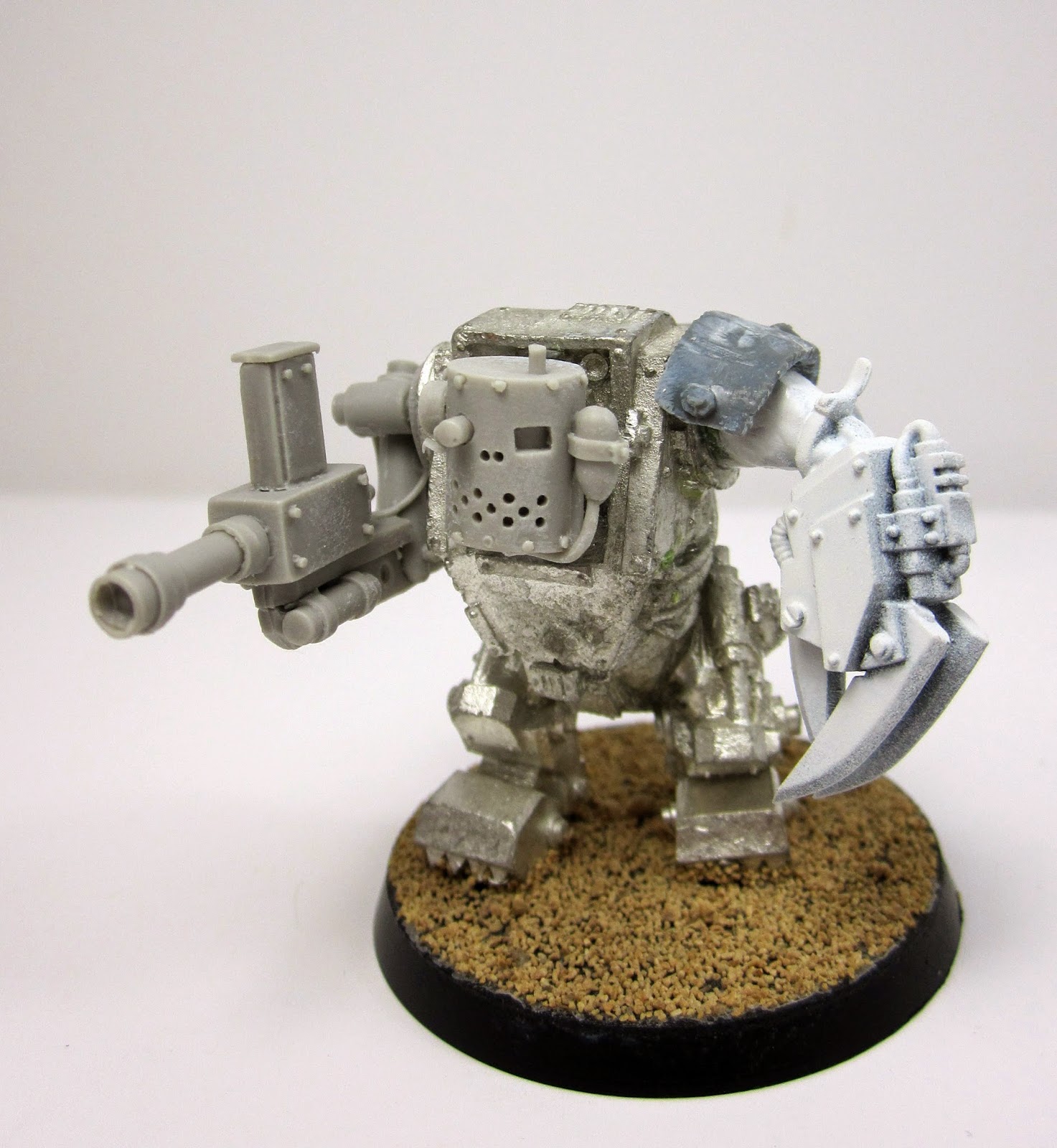 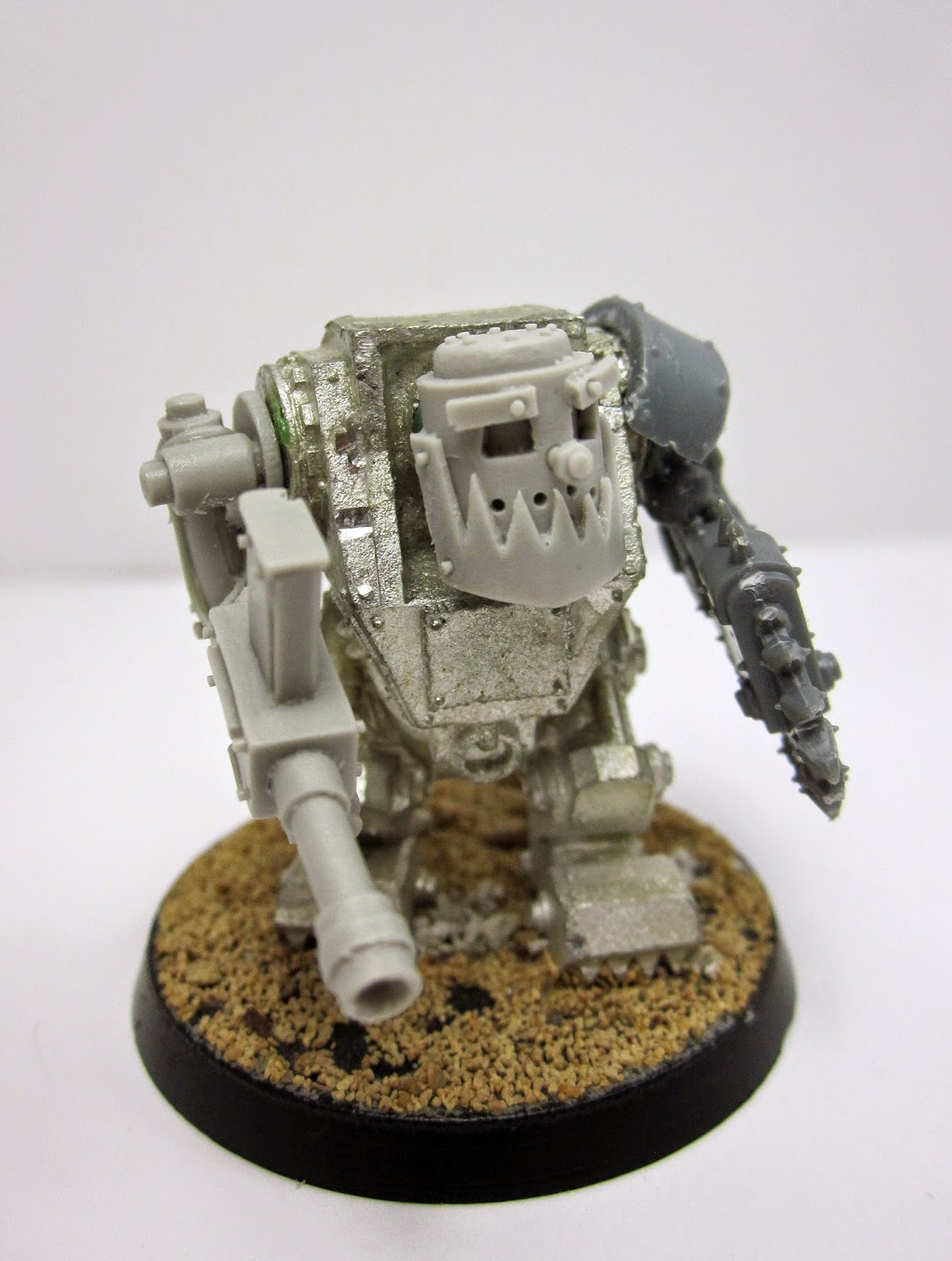 Ready for the Battlewagon! 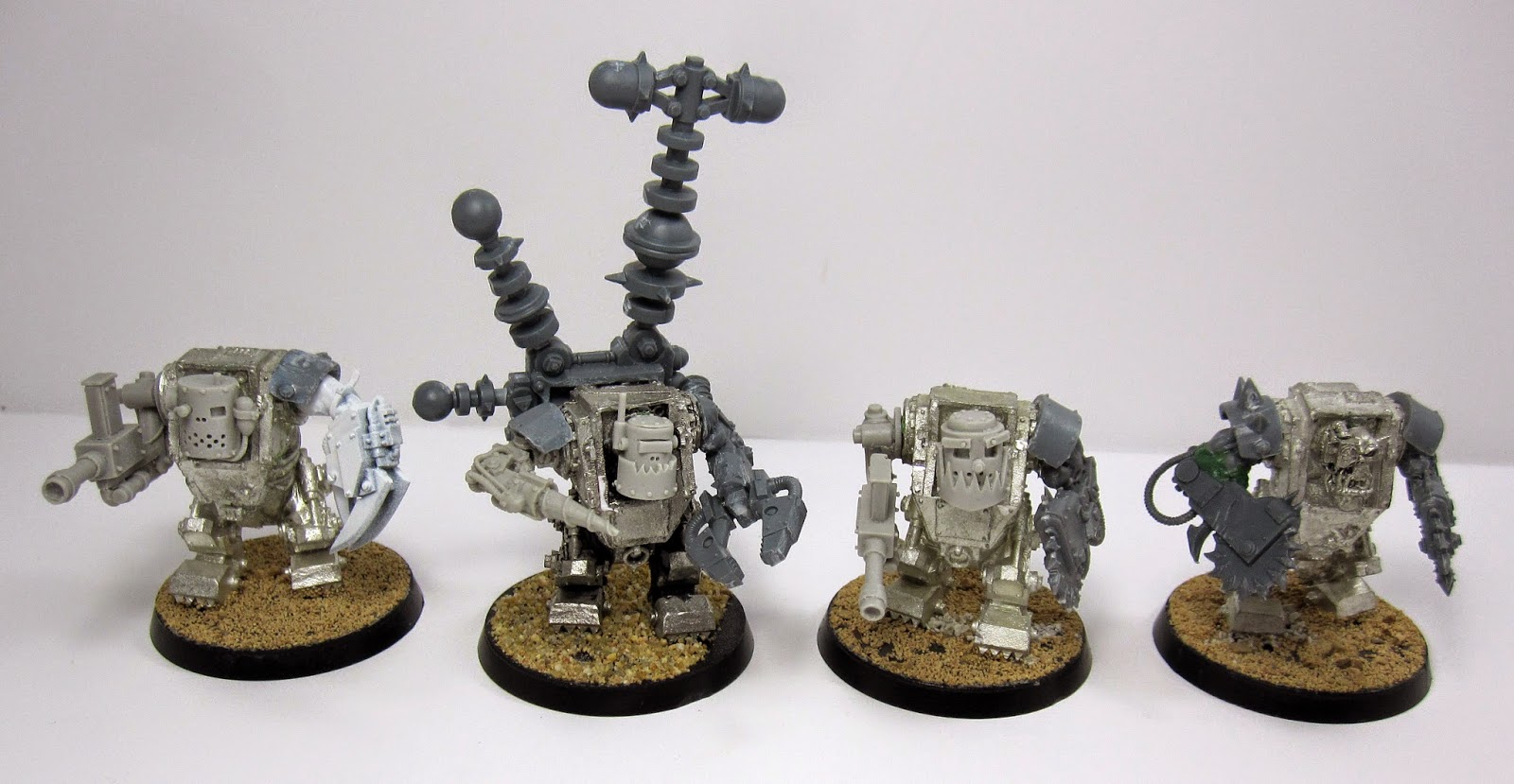 Took out my old metal MANZ tonight and did some work on them. I'll keep these as the new ones are juuuuuust a bit pricey IMO. Yea right, I say that, then I'll see them firsthand and jump at buying a couple of boxes. I do dig their slightly bigger size now....

Usually I do not dig older metal models of any kind, but these you can do a little converting to and they should paint up well being mostly all armor.

First up is a Big Mek conversion with a Kustom Force Field. This was made from the new Morkanaut kit, of which I need to get off my ass and build! 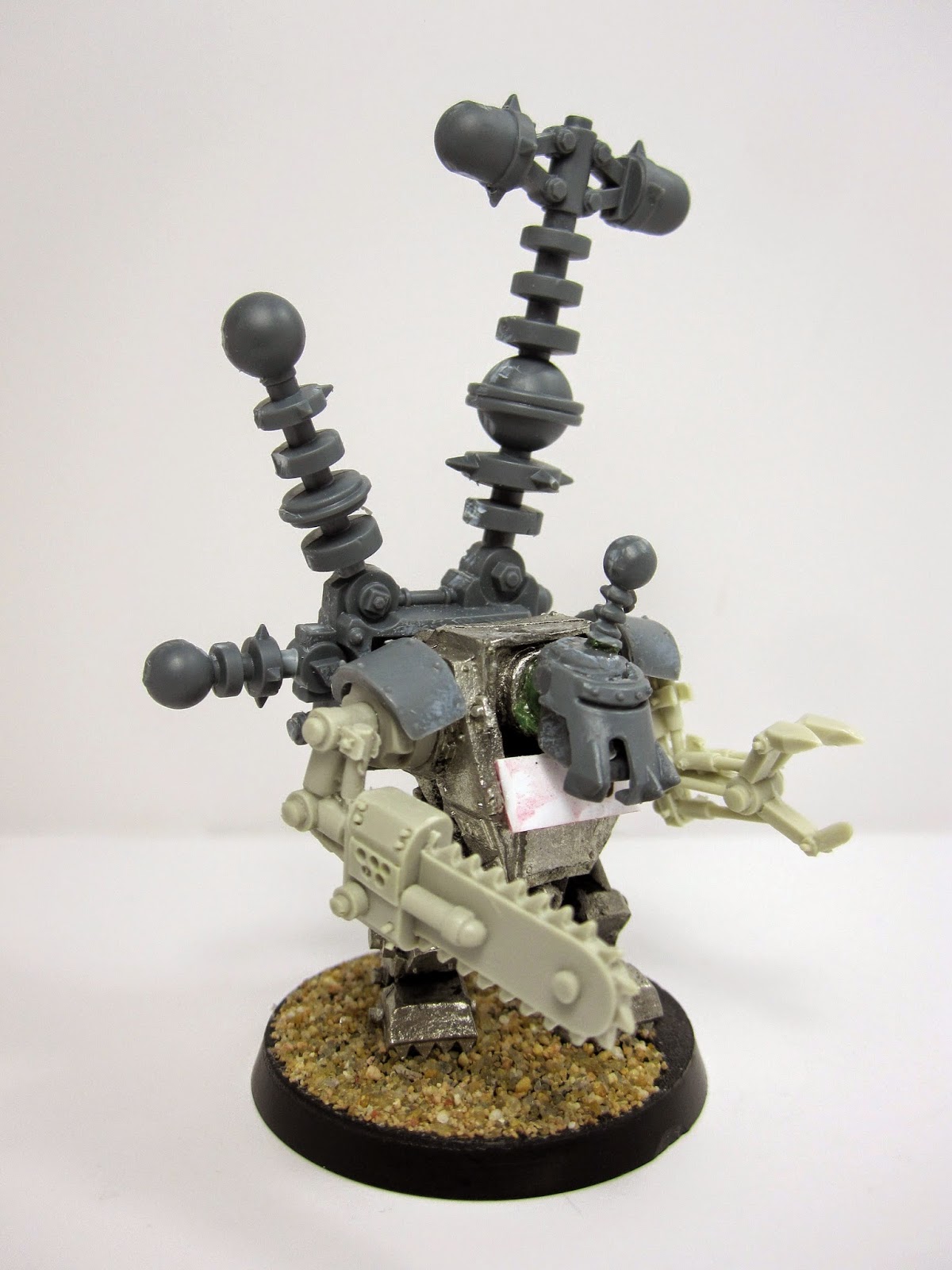 Nob with Kustom boss pole. Only the best for the boyz! 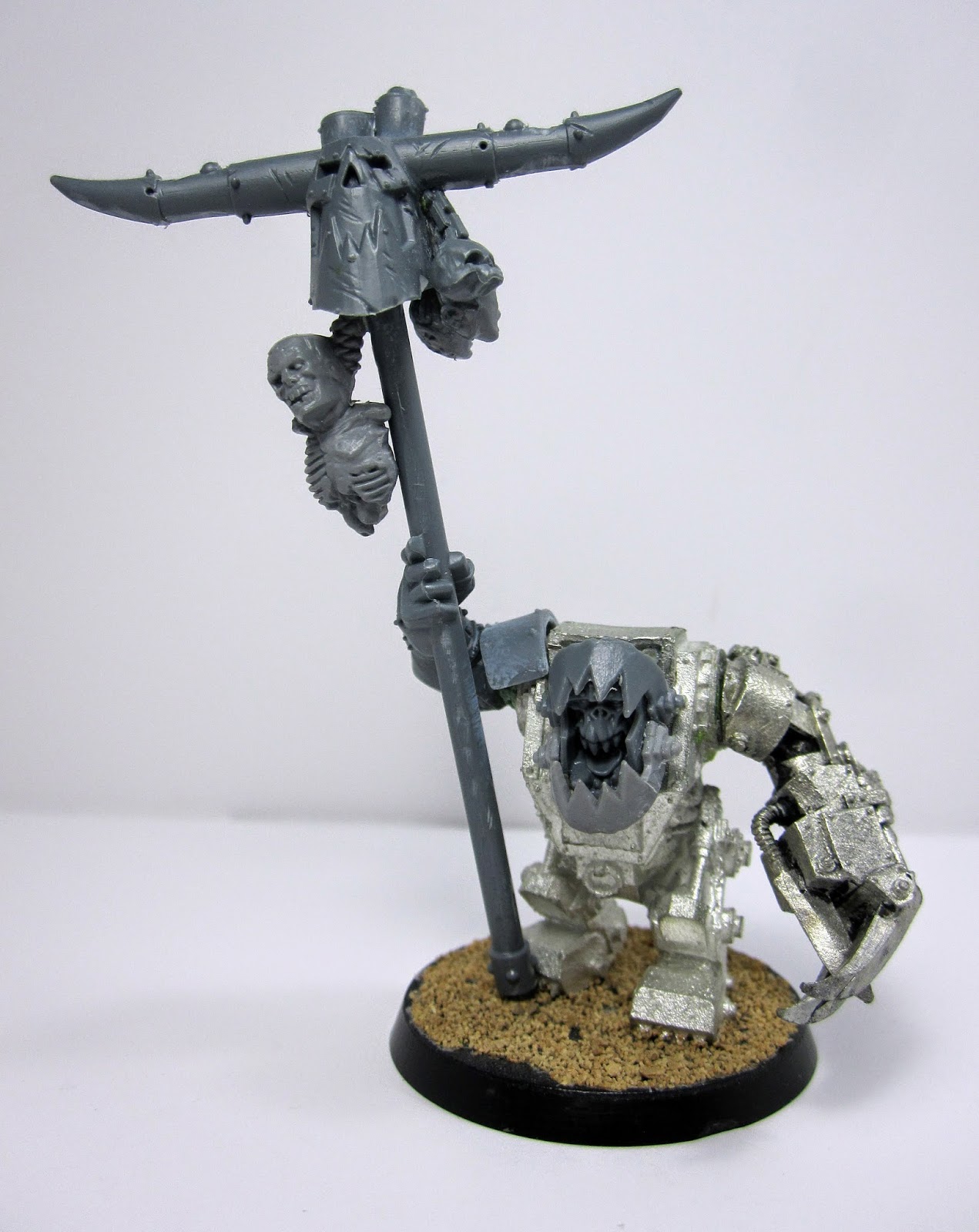 I had this old grotzooka thingy I bought online for some Killer Kans a while back. It actually fits pretty well on these. 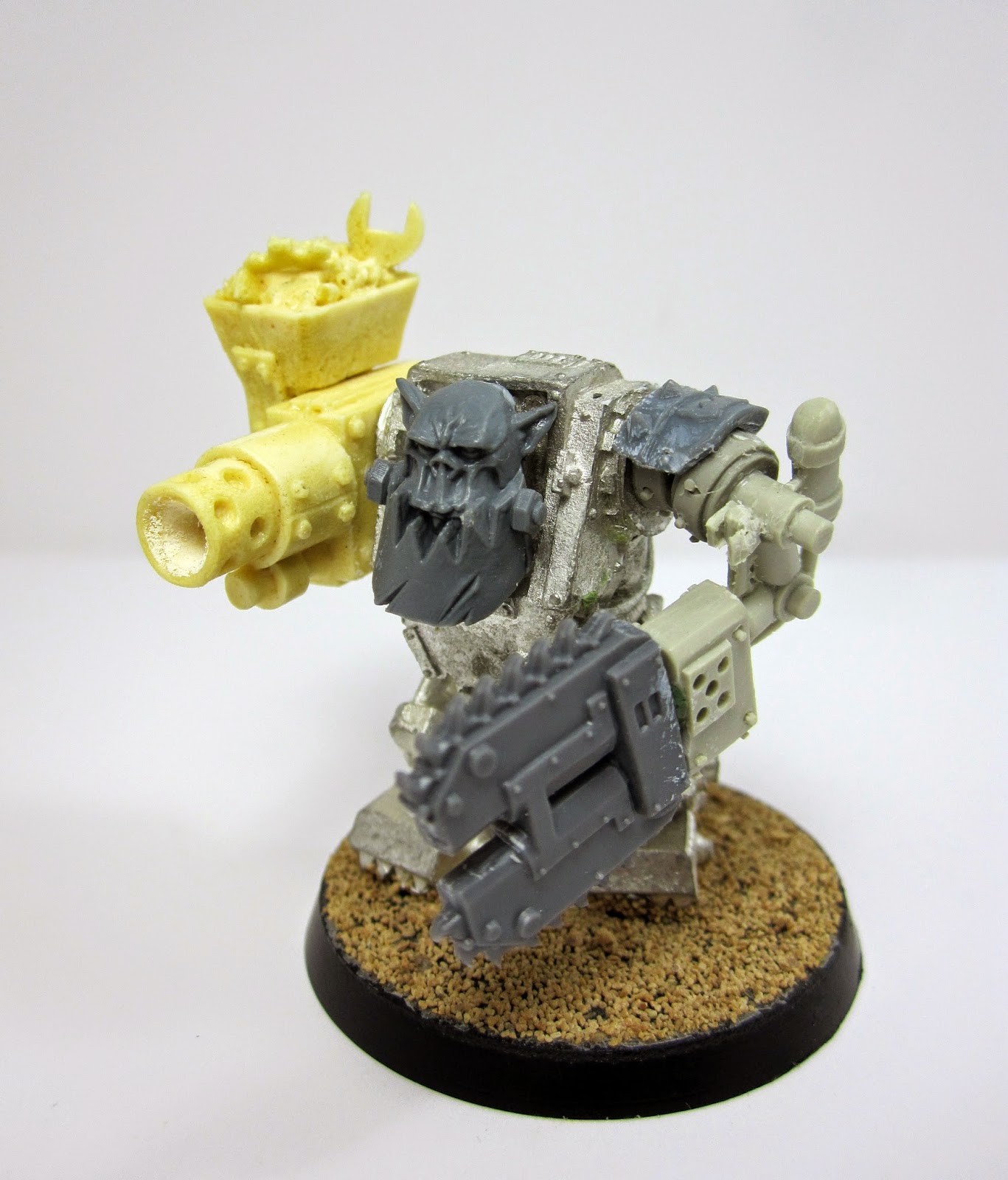 A lot of the arm bitz are from Kromlech. They're da bomb. 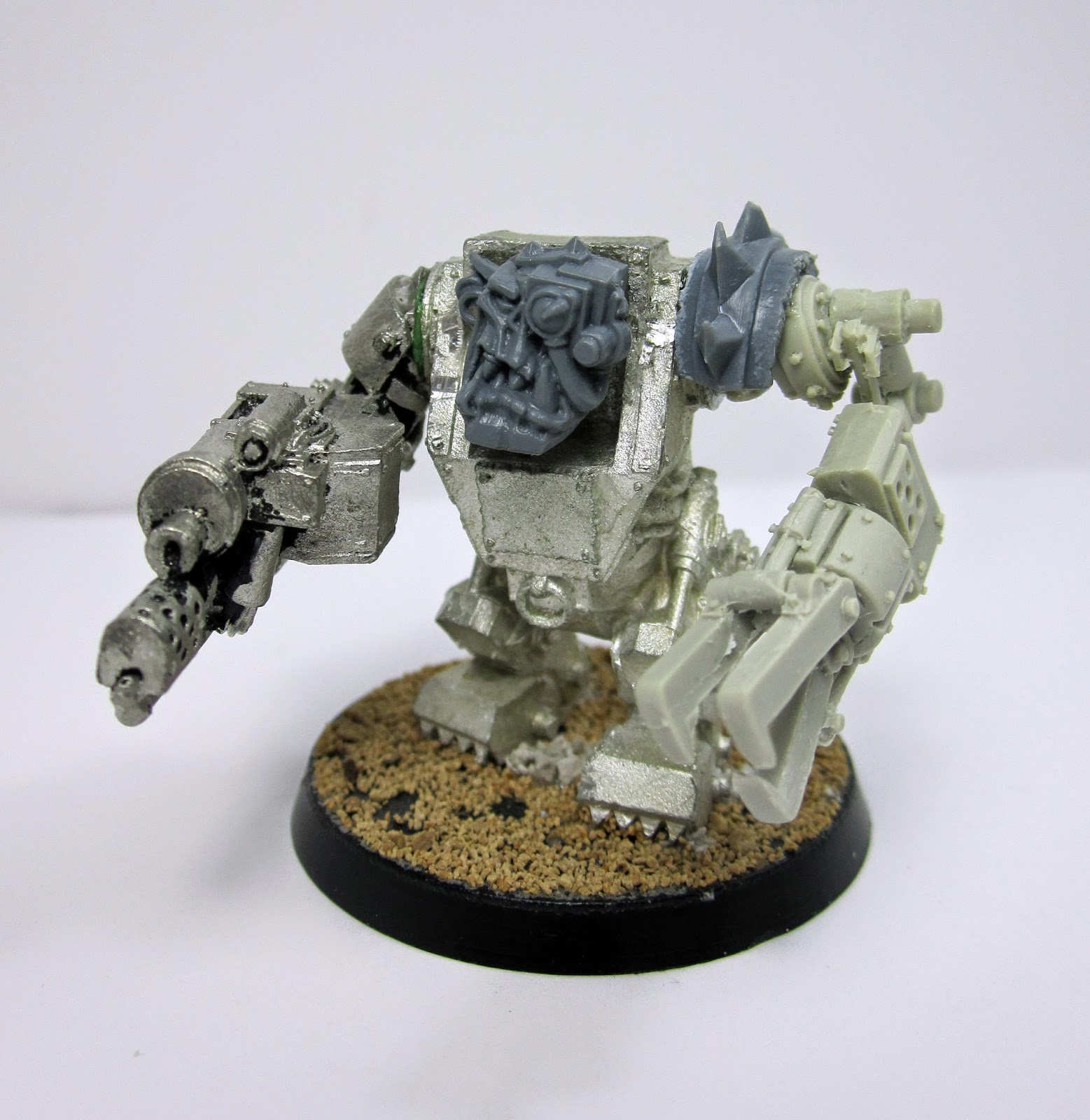 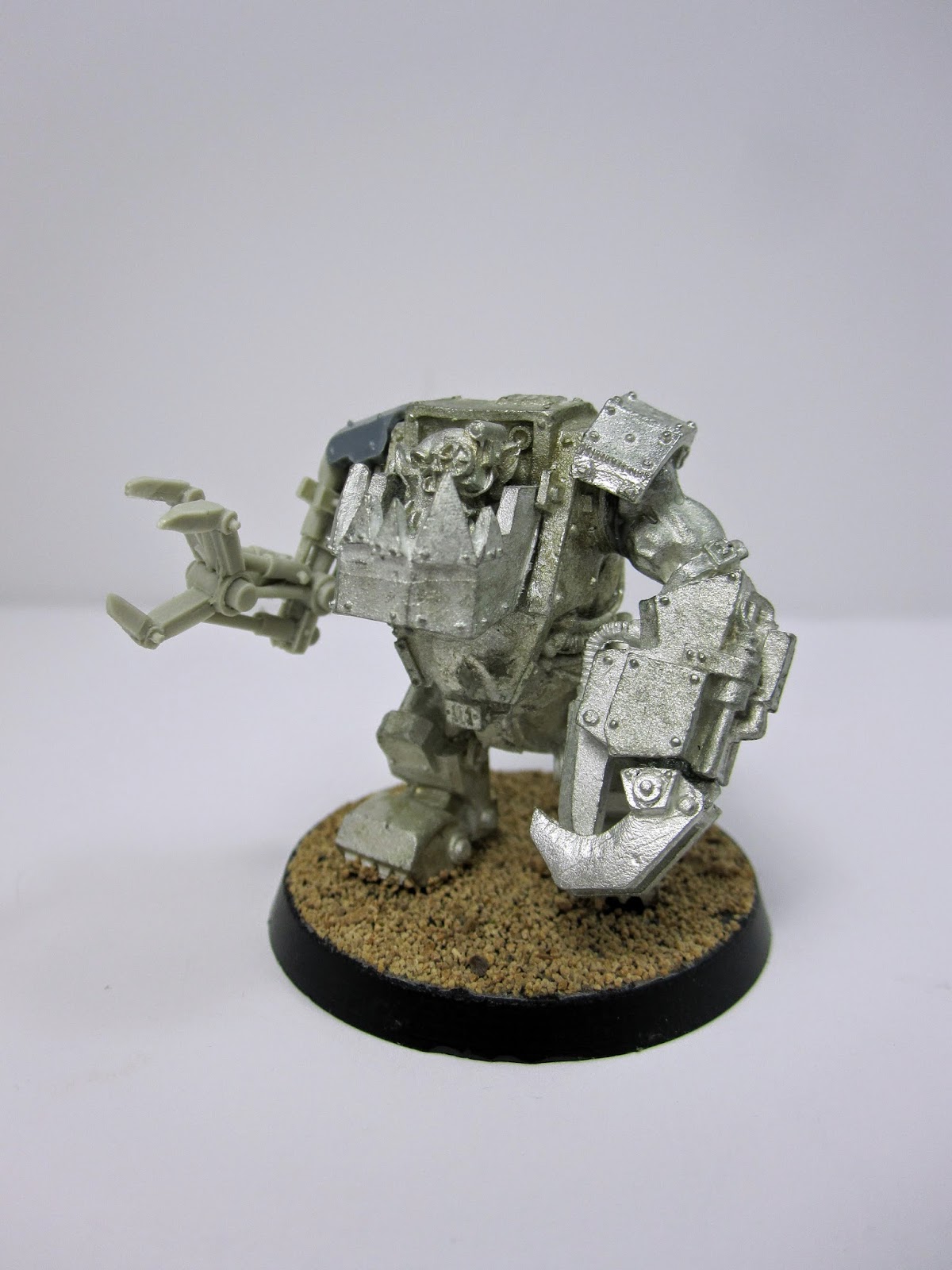 Warbuggies have gotten much better in the new codex! I love that they outflank now; this will help get at rear armor easier. Having five twin linked rokkit shots coming your way will definitely turn the heads of many an unsuspecting tank commander. And you can't beat the cost! Afterwards they'll either get shot to hell, directing fire away from the Boyz, or possibly ignored somewhat, so they can start racing around doing what Orks so best...unleashing carnage.

I built these buggies a while back and was kinda turned off on them as they'd just get shot to ribbons so early. They did have some good luck against some Nid Warriors and Ogryns, popping them with that S8 rokkit. I have to build two more now that they are more viable. I'll also have to convert the big shoota one as well. The trukk and battlewagon kits are seriously fun to play with! 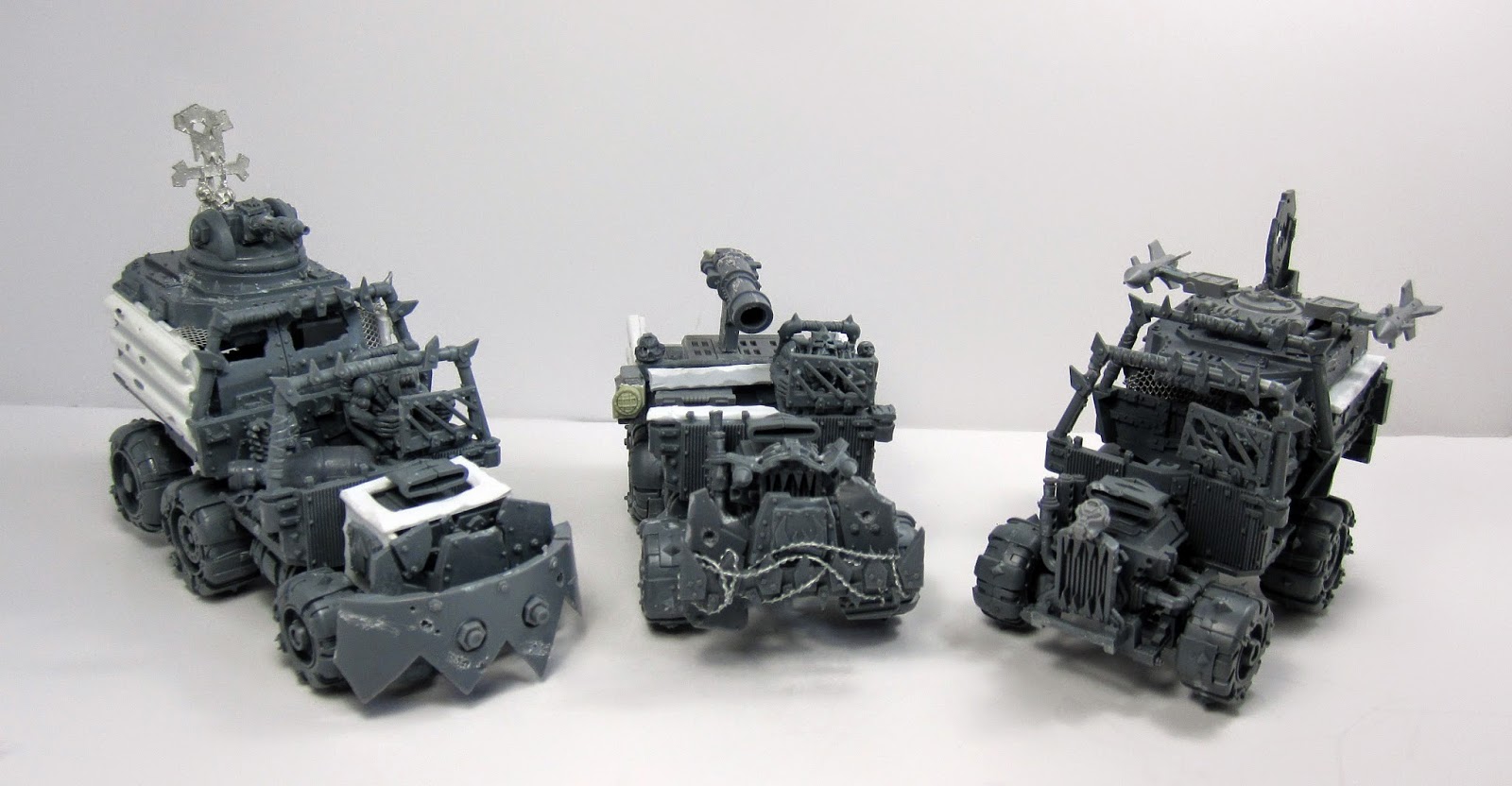 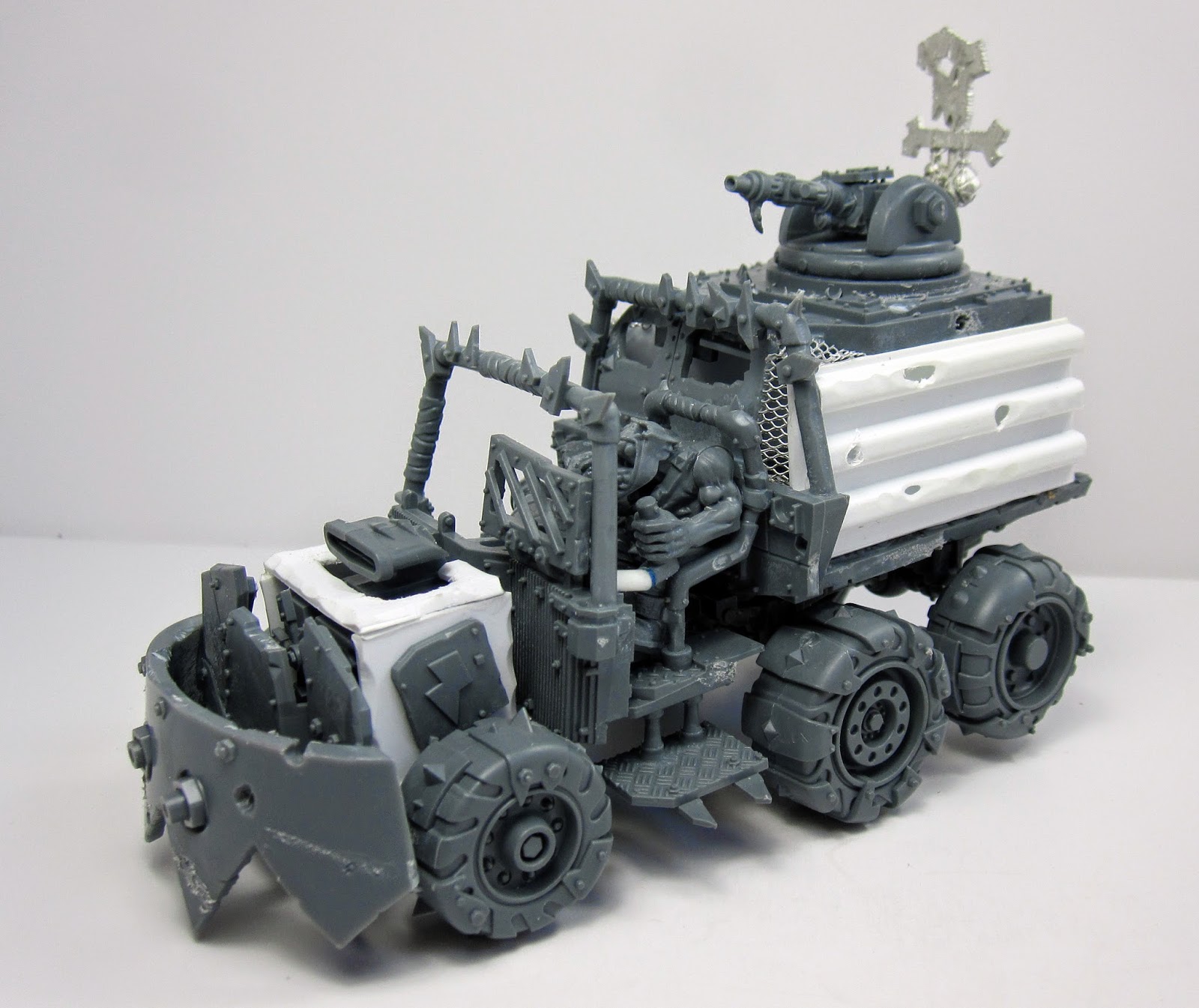 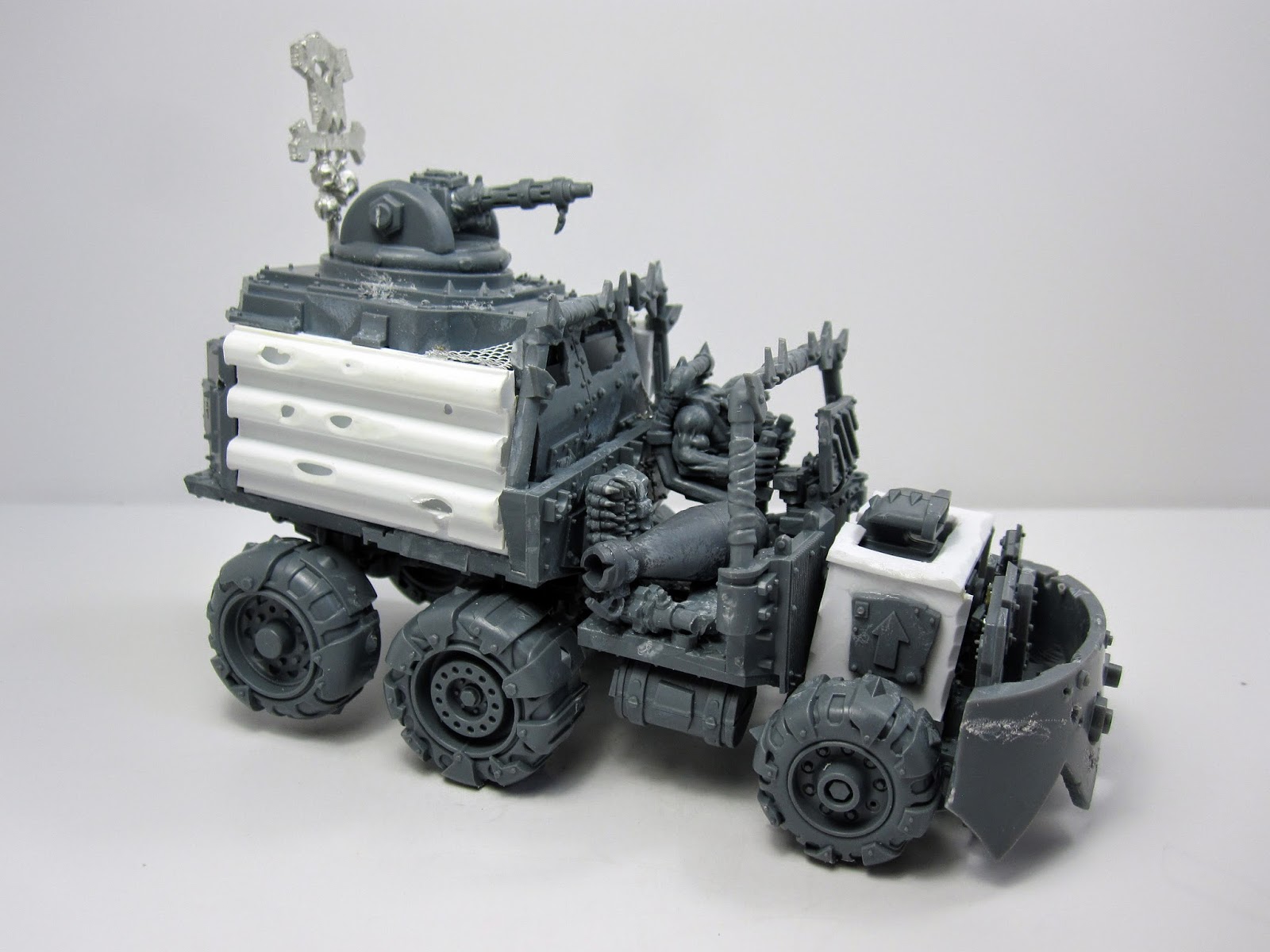 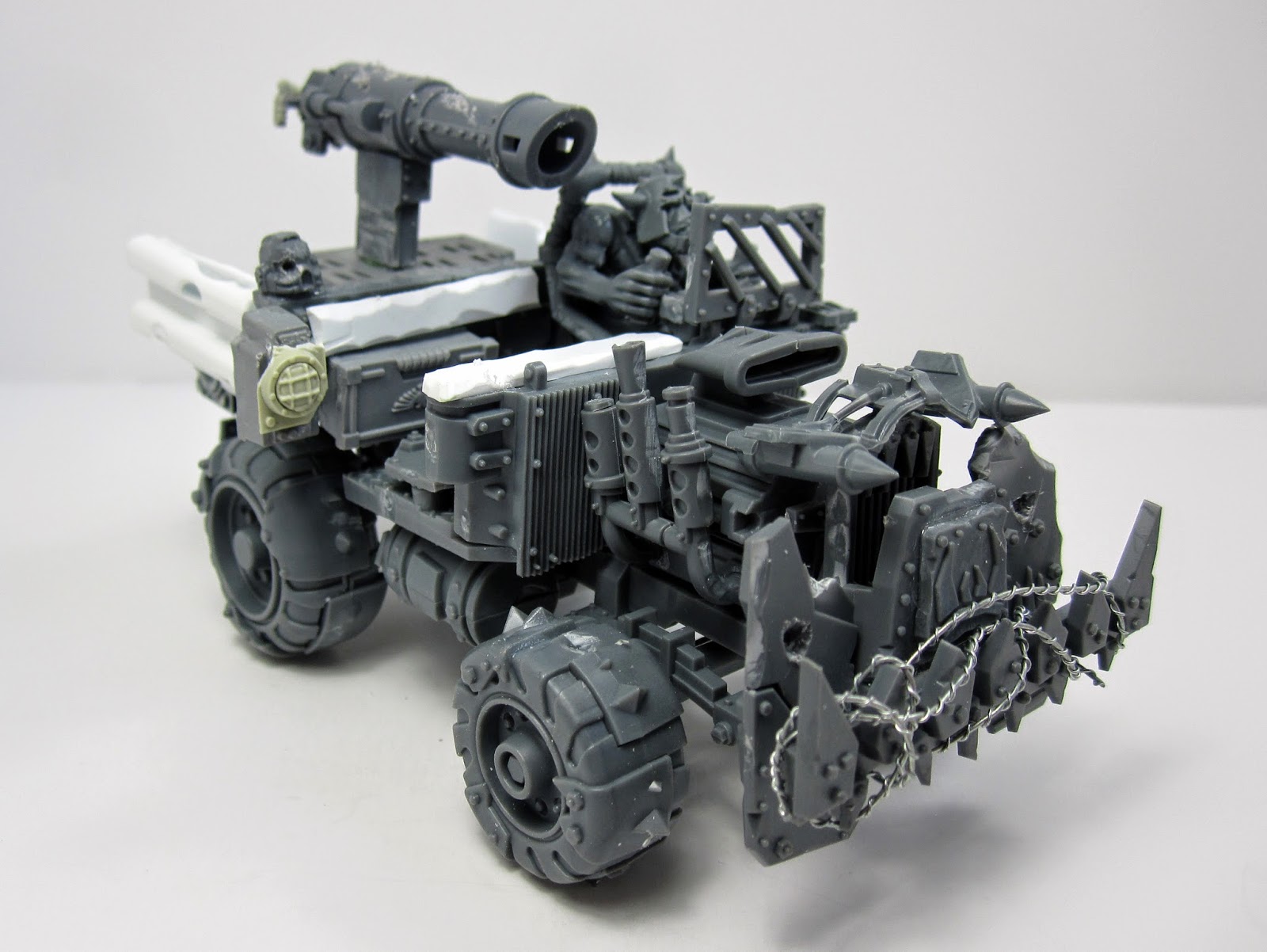 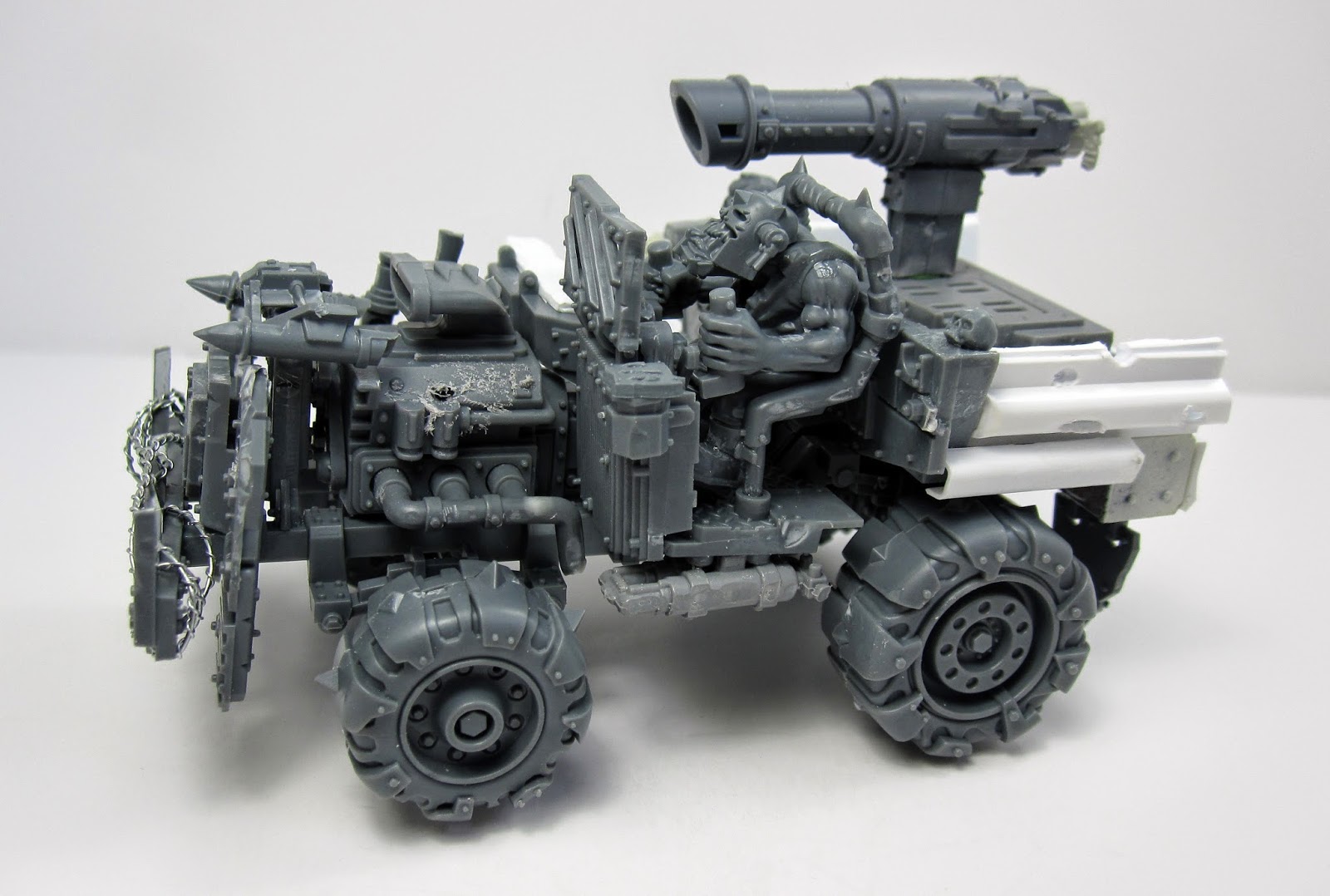 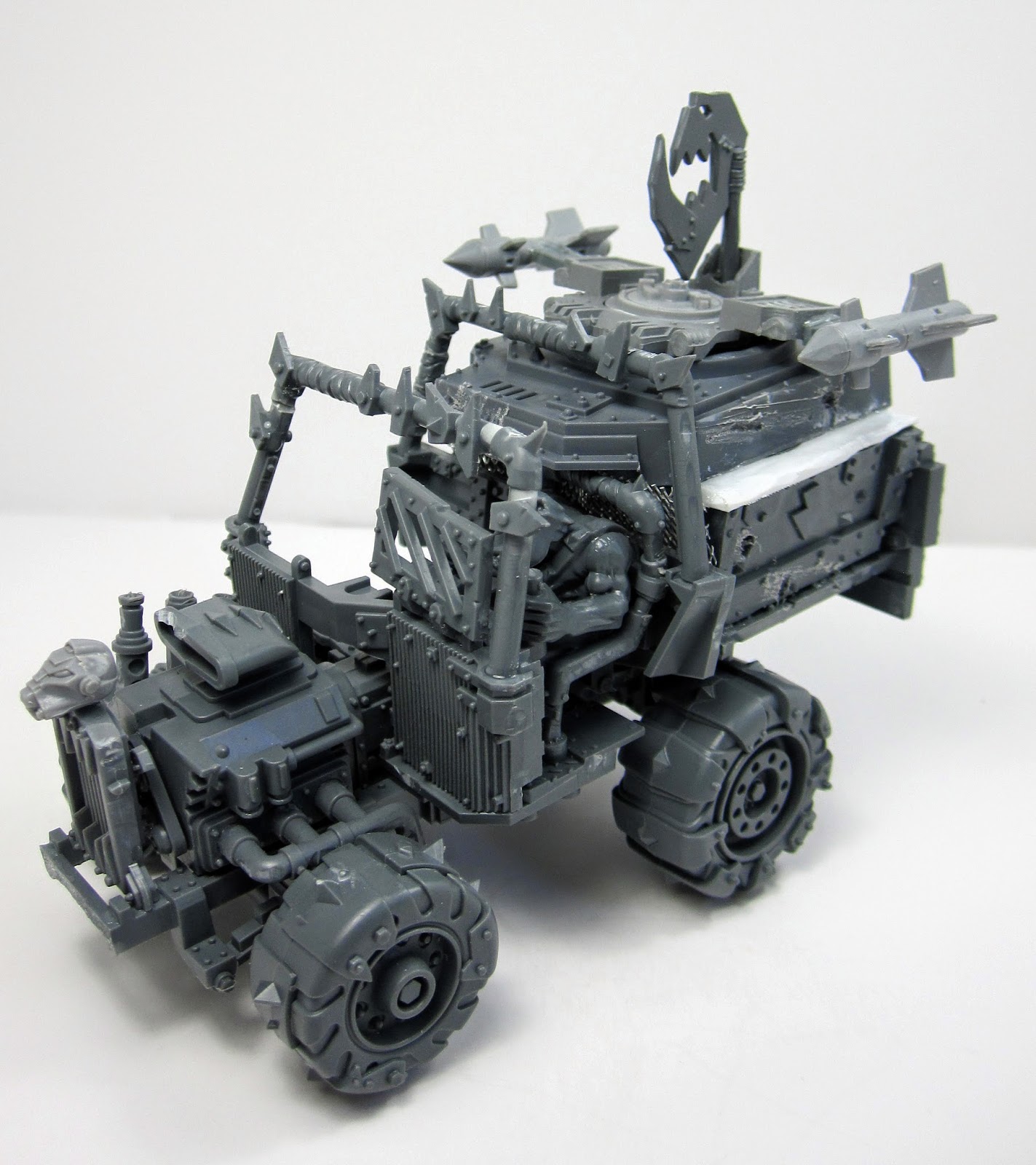 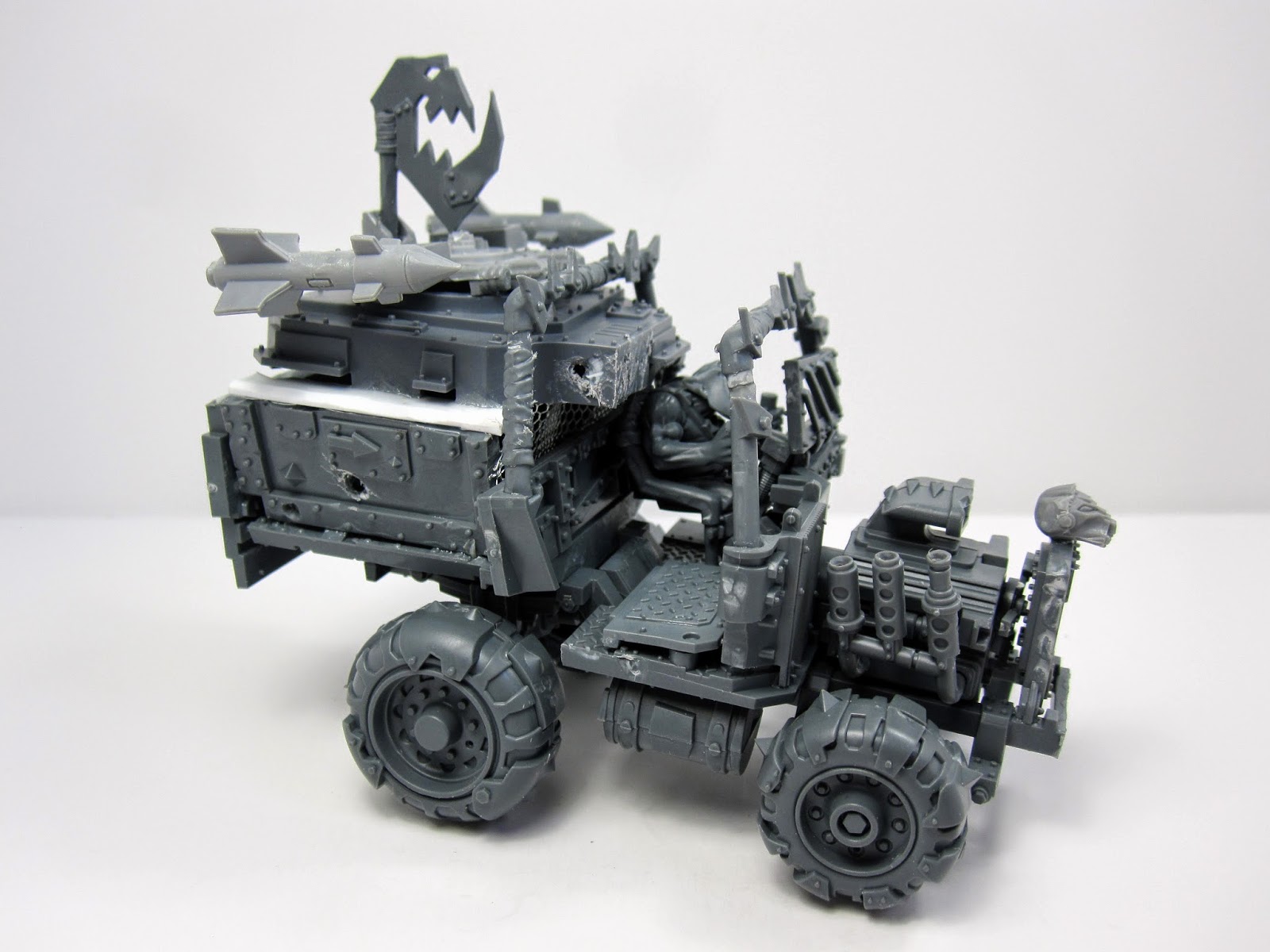