Had this lovely fellow sitting around for a while. Initially, folks weren't too keen on the head I used for him, but I kinda like him more now that it's painted up. The head melds better now I think, Still a little ways to go on him, but I like how grotesque he's turning out.  His pose kinda sprang out a bit more too, like he's plodding along stalking some prey.

Started with a white basecoat, followed by Ogryn Camo base for the body, Balor Brown for the wing membrane, and a lot of Typhus Corruption and Ryza Rust for his axes.

After all the base colors were on it was a steady wash of Sewer Water and Baby Poop. Yes, you read that right. I also played around with Nurgle's Rot too, mostly on his gut and wounds. I like the effect it made and will be using it to make some nasty little toxic pools on some terrain and bases in the future. 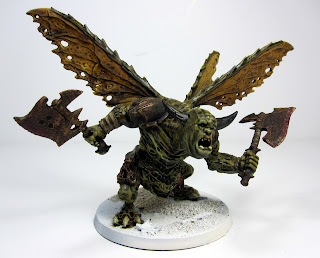 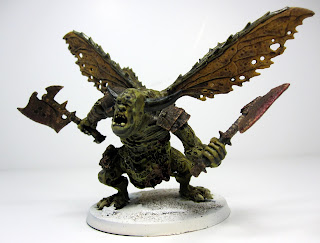 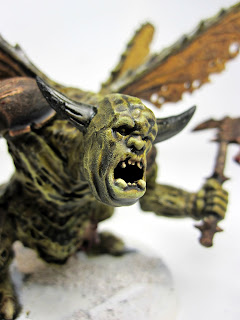 These were fun to paint up! My girl suggested blue for the airship color, and I'm glad she did, cause it'll make some of this dreary-ass terrain pop on my table.

That's it for stage 1 of the terrain project. Still have to go back in and get the rubble locked down, add some signs, mud, and blood, and maybe match the black to the more dark purple of my Frontline Gaming mat. Have I mentioned how awesome they are?

No more playing in Plastic City for us! 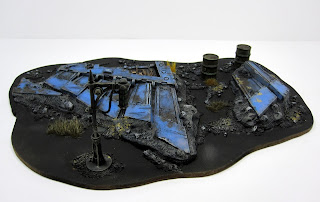 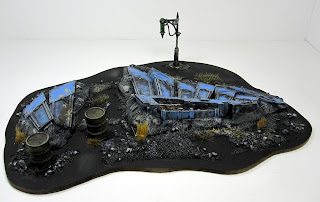 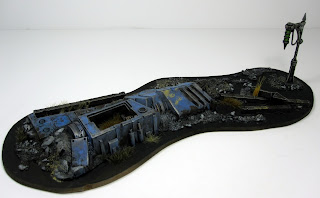 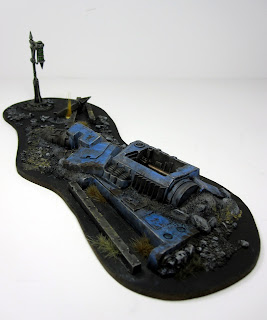 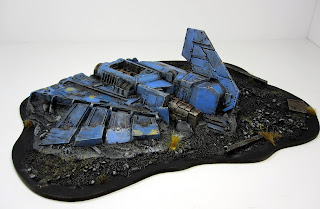 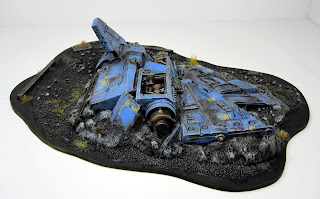